9.17.19: President Assaults Fed “Boneheads” For Not Cutting Rates to “Zero or Less”

Last Wednesday, President Trump tweeted that the Fed should cut key interest rates to “zero or less.”  His first tweet on this subject said, “The Federal Reserve should get our interest rates down to ZERO, or less, and we should then start to refinance our debt. INTEREST COST COULD BE BROUGHT WAY DOWN, while at the same time substantially lengthening the term. We have a great currency …”

His next tweet said “… The USA should always be paying the lowest rate. No Inflation! It is only the naïveté of Jay Powell and the Federal Reserve that doesn’t allow us to do what other countries are already doing. A once-in-a-lifetime opportunity that we are missing because of ‘Boneheads.’”

Yikes!  I am not sure Fed Chair Powell and other Federal Open Market Committee (FOMC) members appreciate being called “Boneheads,” but clearly President Trump – in his own very awkward and unorthodox way – is trying to force the Fed to cut by more than 0.25% at this week’s FOMC meeting.

Interestingly, the 10-year Treasury bond yield rose by over 30 basis points last week to 1.90% due largely to the fact that negative interest rates in Europe became “less negative.” For example, Germany’s 10-year “bund” now yields -0.445%, “up” from over -0.7% in early September. Amazingly, the Greek 10-year bond is now significantly below the U.S. 10-year bond, despite all of Greece’s financial woes. Clearly, desperate European investors are chasing yields anywhere they can find them, on the assumption that mighty Germany and the European Central Bank (ECB) will bail out struggling eurozone economies.

Speaking of the ECB, on Thursday the ECB cut its key interest rate to -0.5%, down from -0.4%. The ECB also boosted its bond buying program (i.e., quantitative easing) to support its negative interest rate policy. The euro immediately plunged to a two-year low relative to the U.S. dollar after the ECB announcement.

I should add that this was ECB President Mario Draghi’s last meeting as head of the ECB. The incoming ECB President, Christine Lagarde, is even more scary, since as head of the International Monetary Fund, her IMF aid package to Argentina turned out to be a “Band-Aid” – as evident in the recent collapse of the Argentina peso. I am very worried about the future ECB negative interest rate policy under Lagarde’s leadership. I expect that the euro will soon be at parity (1:1) with the U.S. dollar, no later than 2020.

In the wake of the latest euro rate cut, President Trump tweaked our Fed yet again: “European Central Bank, acting quickly, Cuts Rates 10 Basis Points. They are trying, and succeeding, in depreciating the Euro against the VERY strong Dollar, hurting U.S. exports. … And the Fed sits, and sits, and sits. They get paid to borrow money, while we are paying interest!” Jay Powell can’t escape the President’s tweets!

With the economic news looking more positive amid low inflation, it’s unlikely the Fed will cut rates by more than 0.25% this week. Last Wednesday, the Labor Department announced that the Producer Price Index (PPI) rose only 0.1% in August. The wholesale cost of goods declined 0.5%, due to lower food (-0.6%) and energy (-2.5%) costs. The primary reason that the PPI has risen 1.8% in the past 12 months is that wholesale service costs have risen 2.7%. Deflation in energy is expected to persist as we approach the fall, when worldwide demand usually ebbs. On Wednesday, OPEC reduced its forecast for global crude oil demand in 2019 and 2020, due to slowing global growth and weaker-than-expected energy demand. 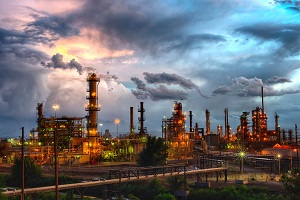 On Thursday, the Labor Department announced that the Consumer Price Index (CPI) also rose just 0.1% in August, in-line with economists’ consensus estimate. Food prices were unchanged while energy prices declined 1.9%, led by a 3.3% decline in gasoline prices. Excluding food and energy, the core CPI rose 0.3% in August. Transportation and medical care services were largely responsible for the rise in the core CPI. In the past 12 months, the CPI and core CPI have risen by 1.7% and 2.4%, respectively.

On Friday, the Labor Department announced that import prices declined 0.5% in August, due to lower petroleum prices (down 5%) and lower crop prices (down 2.5%). In the past 12 months, import prices have fallen 2%, partly due to a strong U.S. dollar pushing down the prices of commodities and imported goods. For example, the cost of Chinese imports declined 1.5% in the past 12 months, decisive proof that tariffs have had no material impact on inflation. Export prices have also declined 0.6% in August.

Finally, the Commerce Department on Friday announced that retail sales rose 0.4% in August, which was significantly better than economists’ consensus expectation for a 0.2% rise. Sales at internet retailers (up 1.6%) and home improvement stores (+1.4%) were also strong. I suspect that Hurricane Dorian boosted home improvement sales. Gasoline sales declined 1% in August and are expected to fall further now that the summer driving season is over and there are lower prices at the pump. Overall, the August retail sales report was the sixth straight monthly increase and indicative that consumer spending remains healthy.