9.10.19: With no Internet Service, an Eerie Quiet Overtakes the Market…

I’m in the middle of Glacier Bay, Alaska, and there is spotty Internet service today, so I’m flying blind, living on my memory of history alone (plus a few stored memories from my ample historical data files).

This week was remarkably placid in stock market history 20 years ago, until a dramatic event happened in 2001: In 1999, the Dow centered around 11,000 all week long (September 7-10). The next year (2000), the market enjoyed a second peak around Labor Day (a double top), and then the Dow was eerily calm, not changing more than 45 points in any day, staying right around 11,230 for the first half of September.

The stock market was also unusually placid on Monday, September 10, 2001. The Dow changed less than half a point that day, falling from 9605.9 to 9605.5. (Then came disaster the following morning.)

Going into September 2001, America had enjoyed three straight years of federal budget surpluses, but in the 18 years since 9-11, American boots have been on the ground in Afghanistan for nearly 18 years and in Iraq 16+ years, draining our Treasury and costing thousands of lives and denting our global reputation.

We’re coming up to Constitution Day (more on that next week). In the 230 years since our first President and Congress took power, America became #1 by (mostly) avoiding foreign conflicts and reaping the fruits of Europe’s folly in their own endless warfare. The Louisiana Purchase (1803) doubled the nation’s size for a song ($15 million) due to Napoleon’s need for fast cash to fight wars. President Jefferson then sent Lewis & Clark to explore the West. So vast and forbidding was the far West that Jefferson predicted it would take 1,000 years to populate the frontier to the Pacific Ocean, but it took less than a century.

We laugh at President Trump’s bid to buy Greenland from Denmark, but in 1917 America bought the U.S. Virgin Islands from Denmark for $25 million in gold during World War I, so there is a precedent….

After World War I, in the 1920s, America owned the majority of the world’s automobiles, radios, and other consumer items, because we weren’t devastated by World War I. The same held true for the two bounteous decades after World War II, and then the high-tech 1990s, after the end of the Cold War.

In the 18 years since 9-11, however, we have drained our Treasury. In that way, perhaps, the terrorists scored a victory. Now, 18 years later, we need to decide whether or not we intend to police the planet. 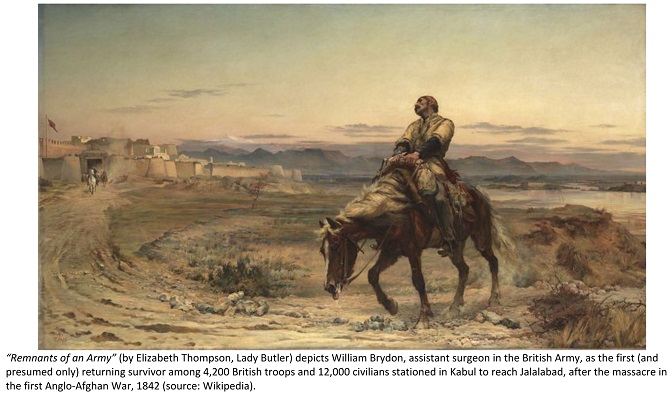 America is (or Was?) the Land of Exploration and Innovation

The rallying cry to young men to “go west” was famously picked up by Horace Greeley in the New York Tribune. It overtly referred to “men,” not women, and that is what happened. Almost 100,000 East coast American males answered the gold call in 1849. Another 90,000 men made the difficult trek in 1850. This meant that almost 2% of American males headed west via three very dangerous routes: Panama, the Cape, or overland. After California became a state in 1850, its first official census showed that 92% of the state’s population was male. Gold lured Argonauts from all over the globe. Over 2.5 million immigrants came to America in the 1850s. Then, America bought “Seward’s Folly,” aka Alaska, for just $7.2 million. 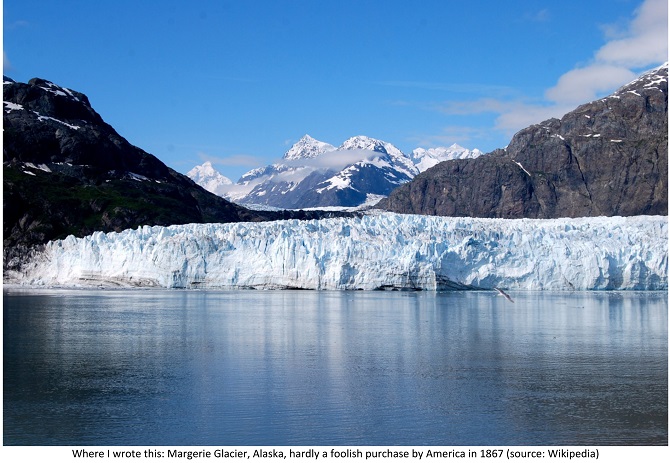 Today’s trade war revolves around the question of property rights. America is a land of invention, while China is a land of intellectual property theft. America invents things. In the 19th and 20th centuries, most of the major technological innovations came out of America, in part because our copyright laws protected rights of ownership (and hence financial royalties), and in part due to our innovative national spirit.

Here are just a few of the “famous firsts” that fell on this date alone – September 10 in American history:

Now, physical frontiers are deep under the ocean or land, or in space, while most inventions are in micro-technology, but we need to keep rewarding inventors and punishing thieves, if we wish to remain great.