Let me shock you with the truth. There is a “black hole” in the global bond market, namely $17 trillion in negative-yielding government securities, predominantly in the Eurozone and Japan. The only reason that Germany can sell negative yielding government debt is that the European Central Bank (ECB) forces member banks to hold government securities. Naturally, smarter institutional and individual investors will not tolerate negative yields, so there is international capital flight to the U.S. This is strengthening the U.S. dollar, driving down commodity prices, and squelching inflation. If the “black hole” expands, it is possible that it could cause widespread deflation, which would be devastating, hurting all asset prices. 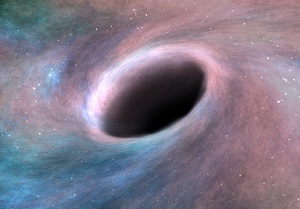 In the meantime, this euro-based “black hole” is not hurting the U.S., but instead is actually helping both the U.S stock and bond markets, due to international capital flight. That’s why I reject the bears’ latest call for an imminent market sell-off. If we have a sharp sell-off in the stock market, it is only because we are in the bumpy late summer weeks, when trading volume is erratic. Previous sell-offs on light trading volume in recent weeks have all rebounded impressively. Good stocks usually bounce right back, just like fresh tennis balls, so we should not allow the latest CNBC perma-bears to scare us away from stocks.

I should also point out that many investors, including myself, were recently rattled when President Trump declared on Twitter that both Fed Chairman Powell and China were “enemies” of the U.S. and abruptly “ordered” U.S. corporations to stop doing business with China. Later, President Trump softened his rhetoric and explained at a G7 press conference that he could still be friends with his “enemies,” which may explain his relationship with North Korean leader Kim Jong-un. During the G7 press conference, he also made it clear that he would be willing to meet with Chinese President Xi Jinping and Iran’s President Hassan Rouhani. Overall, the President was trying to tell countries over which he imposes sanctions or tariffs that they are welcome to meet with his administration to discuss lifting those sanctions or tariffs!

Interestingly, some in the media concluded that President Trump’s unorthodox negotiating techniques make sense, especially if “enemies” of the U.S., like Iran, are willing to come to the negotiating table. The New York Post said it best in an opinion piece (on August 25) titled, “Trump took a page out of the WWE’s playbook” to describe how President Trump likes to make his opposition villains before he starts negotiations. Just as he is now praising Mexico and Kim Jong-un after previously belittling them, do not be surprised if he wants to make both China and Iran “great again” if they eventually agree to his demands.

Of course, others in the media have concluded that President Trump is a perpetually offensive bully and others in the international media are now equally distracted by new British Prime Minister Boris Johnson, who can be much more colorful that President Trump, especially with the spotlight more on him leading up to the Brexit deadline on October 31st. The truth of the matter is that the media can get bored belittling a single politician, so they need new targets to demonize every now and then. In the meantime, media-hungry politicians like Boris Johnson and President Trump remain masters at manipulating the media with new stories and tweets, while the media all too often like to “react” to news rather than analyze it.

Speaking of Boris Johnson, he met with Queen Elizabeth on Wednesday and she issued an order to suspend Parliament in September to squelch any Brexit opposition from Labour Party leader Jeremy Corbyn. This bold maneuver means that Brexit on October 31st is now much more likely, so the British pound sold off and remains near a 34-year low relative to the U.S. dollar. Provided Brexit is successful, I expect that the British pound will rally impressively in early November and the euro will weaken. Right now, only Britain and the U.S. have positive 10-year government bond yields, so I expect that some of the international capital flight to the U.S. may be diverted to Britain, post-Brexit, chasing higher yields.

The U.S. economic news last week was largely encouraging, especially when compared with Europe’s malaise. The Commerce Department announced last week that durable goods orders rose 2.1% in July, led by a 47.8% surge in commercial aircraft and parts. Excluding that surge in transportation, durable goods orders declined by 0.4%, but non-defense durable goods rose 0.4%, which was a good sign.

The Conference Board on Tuesday announced that its consumer confidence index declined slightly to 135.1 in August, down from a revised 135.8 in July, but this was a big positive surprise, since economists expected consumer confidence to decline sharply to 127.8 due to the escalating trade war. Especially encouraging is that the Conference Board’s present situation index rose to 177.2 in August, up sharply from 170.9 in July. This may explain why consumer spending remains robust at discount retailers and home improvement stores, which is a very good sign! Overall, I am encouraged that consumer confidence remains near a 19-year high, and I expect that retail sales will remain strong in the upcoming months.

The Commerce Department announced on Thursday that the U.S. trade deficit narrowed to $72.3 billion in July, down from $74.2 billion in June. This is good news, since economists expected the deficit to reach $75 billion. Exports rose 0.7% to $137.3 billion, while imports declined 0.4% to $209.7 billion. Overall, the better-than-expected trade deficit means that third-quarter GDP growth is off to a great start.

Speaking of GDP growth, the Commerce Department on Thursday revised second-quarter GDP growth to a 2.0% annual pace, down slightly from a 2.1% pace previously estimated. The details were very interesting, in that consumer spending in the second-quarter grew at a 4.7% annual pace, up from 4.4% previously estimated, while fixed business investment grew at a 1.1% annual pace, up from 0.8% as first estimated. The primary reason that second-quarter GDP growth was revised down slightly was because exports declined by a wider-than-expected 5.8% and inventories were also revised down a bit. Overall, strong consumer spending in the second quarter bodes very well for continued strong GDP growth.

The Commerce Department on Friday announced that consumer spending rose by a healthy 0.6% in July, which bodes well for third-quarter GDP growth. Interestingly, due to robust consumer spending, the savings rate slipped to 7.7% in July, the lowest rate since November. The Fed’s favorite inflation indicator, the Personal Consumption Expenditure (PCE) index, rose 0.2% in July and is up 1.4% in the past 12 months. Since the PCE is well below the Fed’s 2% target, a rate cut is likely on September 18th.