8.6.19: Europe and China are Still Struggling

As I discussed in last Wednesday’s podcast, the British pound approached its lowest level relative to the U.S dollar in the past 34 years. As new Prime Minister Boris Johnson proceeds toward Brexit on October 31st, there are growing global concerns about a messy exit from the European Union (EU). When Johnson served as Foreign Secretary between 2016 and 2018, he exhibited some obvious disdain for other European leaders, especially the European Commission bureaucrats in Brussels. Due to Johnson’s tense relationship with European Commission officials, a potentially messy and possible “no deal” Brexit is being anticipated by many international observers. In the meantime, a weaker British pound will help to boost Britain’s exports, but also risks sparking inflation on Britain’s more expensive imported goods.

The euro is also weak and might approach parity with the U.S. dollar in the upcoming months, since Brexit is also an embarrassment for the EU. On Friday, all of Germany’s government sovereign debt (regardless of maturity) sported negative yields. Even the German 30-year bond briefly dropped to a negative yield of -0.006% Friday, while the flagship 10-year bond yielded -0.497% intraday.

Like the U.S., Germany attracts foreign capital, but with an entirely negative yield curve, much of that capital will likely migrate to the U.S., which in turn, will continue to put downward pressure on U.S. Treasury yields. As a result, another Fed rate cut is looking more likely in October or later, since the Fed does not like to fight falling market rates. Here is a link to a podcast that I recorded on Friday.

Mighty China is also slowing down. China’s National Bureau of Statistics announced on Wednesday that its official purchasing managers index remained mired at 49.7 in July, after dipping to 49.4 in June. Since any reading under 50 signals a contraction, China’s manufacturing sector has contracted for two months. Amazingly (for an export-based economy), China’s service sector is faring much better, even though it slowed to 53.7 in July, down from 54.2 in June. A more immediate concern is that Chinese forces have massed at the Hong Kong border, raising concerns that the military may be used to squelch the ongoing protests in Hong Kong. Any military crackdown there will likely cause the Chinese yuan to plunge.

Meanwhile, negotiations between China and U.S. trade delegations concluded on Wednesday (July 31) in Shanghai and won’t resume until September in Washington D.C. With the 2020 Presidential election approaching in just 15 months, China appears to be stalling, so on Thursday the Trump Administration announced that effective September 1st, it would impose 10% tariffs on the remaining $300 billion in Chinese imports that were not subject to the existing 25% tariff on $200 billion in Chinese imported goods. Clearly, the Trump Administration wants to apply strong leverage heading into the September trade negotiations and wants to force China to make a trade deal before the 2020 Presidential elections.

I would not be surprised to see a mini-deal completed soon – like China buying more U.S. agricultural products so that the Trump Administration can claim a win. I should add that the cost of Chinese imports remains soft due to a weak Chinese yuan, so the trade war and tariffs have so far had a minimal impact.

In the meantime, the 10-year Treasury bond on Thursday “cracked” the 1.9% level after Trump’s tariff announcement, so this will put more pressure on the Fed to cut key interest rates again. I should add that the S&P 500 dividend yield is now 1.97%, which (to me) is a screaming buy signal for stocks, since the stock market is now yielding more than the 10-year Treasury bond! This is a very rare occurrence and has only happened seven times in the past 10 years. The last time this occurred was briefly on June 4th – right before the S&P 500 surged – so I expect that the smart money will start aggressively buying high dividend stocks, simply because the S&P 500 yields more than long-term Treasury securities! 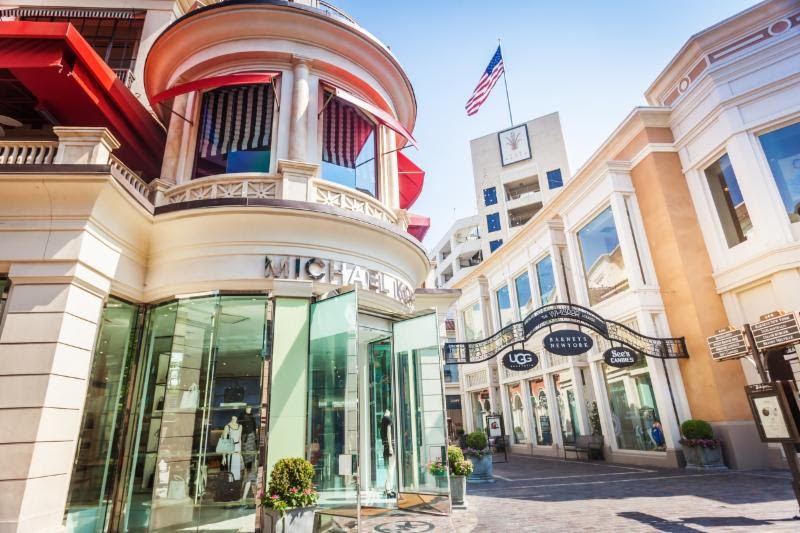 The economic news last week was largely positive. On Tuesday, the Commerce Department announced that consumer income rose 0.3% in June, which was in-line with economists’ consensus expectations. Since consumer spending accounts for approximately 70% of GDP growth, continued strong personal income bodes well for continued strong economic growth. Within the consumer income report, the Fed’s favorite inflation indicator, the Personal Consumption Expenditure (PCE) index, rose just 0.1% in June. In the past 12 months, the PCE has risen just 1.4%, well below the Fed’s 2% inflation target. As a result, this ideal “Goldilocks” environment of steady economic growth with low inflation continues in place.

Also on Tuesday, the Conference Board announced that its consumer confidence index surged to 135.7 in July, up from a revised 124.3 in June. Especially encouraging is the present situation index, measuring how consumers feel now, which rose to a robust 170.9, up from 164.3 in June. The consumer confidence index is near its 18-year high of 137.9, set last October, which bodes well for strong consumer spending.

The National Association of Realtors announced last Tuesday that pending home sales rose 2.8% in June, led by a 5.4% surge in the West. In the past 12 months, pending home sales have risen 1.6%, which marks the first trailing 12-month gain in 17 months. One reason that home sales are improving is that median home prices have moderated. Specifically, the S&P CoreLogic Case-Shiller 20 city index of median home prices only rose 0.1% in May and is up a modest 2.4% in the past 12 months, the slowest full-year growth rate in seven years (since August 2012), which is just another reason that the Fed may cut rates yet again.

The Institute for Supply Management (ISM) announced Thursday that its manufacturing index slowed to 51.2 in July, down from 51.7 in June. Economists were expecting the index to increase a bit to 51.9, so this was a disappointment. Although any reading above 50 signals an expansion, this is the lowest reading in almost three years (since August 2016). The most encouraging detail in the report was that the new orders component rose to 50.8 in July, up from 50 in June.

Finally, the Labor Department announced on Friday that 164,000 payroll jobs were created in July, which was in-line with economists’ consensus estimate of 165,000. The unemployment rate was unchanged at 3.7%. Average hourly wages rose 0.3% by 8 cents to $27.48 per hour and have risen 3.2% in the past year. The May and June payroll reports were revised down by 41,000 jobs to 62,000 and 193,000 jobs, respectively. There is no doubt that new job creation has slowed from an average of 223,000 per month in 2018, but the job market remains healthy, so the Fed should be happy with the latest payroll data.