If you watch Bloomberg TV, they are increasingly blaming the Trump Administration for the China trade talk standoffs. I look at things a bit differently. President Trump’s negotiation style is to make everyone involved as uncomfortable as possible to try to get a better outcome. Whether the Chinese delegation will come to Washington D.C. in September for continued negotiations is now in question. If these formal trade negotiations get canceled, then all bets are off and financial markets could have an adverse reaction.

On Wednesday, the Chinese National Bureau of Statistics announced that its industrial output rose 4.8% in July compared to a year ago – a significant deceleration from the 6.3% increase reported in June. Retail sales in China also slowed to a 7.6% annual pace in July, down from a 9.8% pace in June and economists’ expectations of an 8.5% annual growth in July, so this was a major disappointment.

In the meantime, the International Monetary Fund (IMF) apparently is not siding with the U.S. after it declared China a currency manipulator – which is a serious allegation. If the IMF had concluded that China is a currency manipulator, then U.S. businesses would be able to sue for damages, which would create a big, endless legal mess. Instead, the IMF apparently believes that the weakness in the Chinese yuan is due to its decelerating economic growth, exacerbated by the Hong Kong protests. I should add that since the head of the IMF, Christine Lagarde, is due to become the President of the European Central Bank (ECB) in November, the last thing she wants is to pick a fight with China to tarnish her IMF legacy. 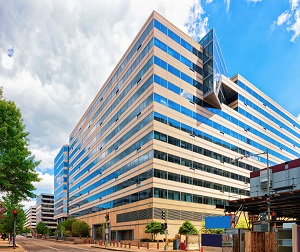 I should add that Christine Lagarde’s greatest achievement at the IMF was helping Argentina to stabilize its economy. Unfortunately, Argentina’s bond and stock markets collapsed last week in the wake of President Mauricio Macri’s preliminary defeat in primary elections. It is now widely anticipated that Argentina will elect a populist President in October, invoking protectionism and an attempt to renegotiate its debt with the IMF. If this happens, the IMF may not negotiate, and Argentina will have no choice other than to devalue its currency to cope with the crushing debt that is now hindering its economy.

I should add that Argentina is a good case study that even when the IMF can temporarily stabilize an economy, it is just a Band-Aid that tends to postpone the inevitable pain. This makes me concerned that when Christine Lagarde becomes head of the ECB in November she will just use Band-Aids to try to fix the European Union’s (EU) economic woes. Negative interest rates and more quantitative easing are no solution for the EU, but merely proof that generous social benefits are not sustainable without currency devaluation. Negative interest rates devalue the euro, so a slow, persistent euro devaluation is unfolding.

The big news from Europe last week was that mighty Germany’s economy contracted at an annual rate of 0.4% last quarter. Declining exports were largely responsible for contracting GDP growth. The German 10-year bond is now yielding -0.684% and all maturities out to 30 years continue to have negative yields.

Are We Headed for an Imminent Recession? I Wouldn’t Bet on It

In the meantime, there is growing pressure on the Fed to continue to cut key interest rates, since Treasury yields remain ultra-low. The 30-year Treasury bond briefly fell below 2% and hit an all-time low last week. Furthermore, the 2-year Treasury note yielded more than the 10-year Treasury bond, which caused the entire financial media to shout “recession” on Wednesday. I’m not convinced. (For details, here is a link to a podcast I recorded last Wednesday on falling interest rates and the inverted yield curve.)

The Fed is essentially “tethered” to market rates, so as negative interest rates around the world proliferate (over $16 trillion in sovereign bonds now yield less than zero), international capital money pours into the U.S. and drives Treasury yields lower. As I have repeatedly said, the Fed never fights market rates, so it looks like there will be at least two additional 0.25% key interest rate cuts in the upcoming months if the Fed wants to un-invert the Treasury yield curve. In the meantime, an inverted yield curve is devastating for banks’ operating margins, but that does not mean that a recession is imminent. Still, I am proud that I am not recommending any bank stocks, since financial stocks were hit especially hard last week.

The Labor Department on Tuesday announced that the Consumer Price Index (CPI) rose 0.3% in July, in-line with economists’ consensus expectation. Energy prices rose 2.4% in July and shelter prices (rent and housing) rose 3.5%. The core CPI, excluding food and energy, also rose 0.3% in July. In the past 12 months, the CPI and core CPI have risen 1.8% and 2.2%, respectively. Energy prices are falling in August, while median home prices are growing at the slowest pace in the past few years, so the CPI should moderate in upcoming months. What will likely get the Fed’s attention is that after adjusting for inflation, hourly wages declined 0.1% in July and rose only 1.3% in the past 12 months. Since the Fed is striving to boost wage growth in a tight labor market, another rate cut could boost wage growth. Overall, the July CPI was an anomaly and the annual rate of inflation should decelerate in the upcoming months.

The Commerce Department announced on Thursday that retail sales rose a healthy 0.7% in July, which was substantially higher than economists’ consensus expectation of a 0.3% increase. Excluding vehicle and gas station sales, retail sales rose by an even more impressive 0.9%. On-line sales surged 2.8% in July, led by Amazon Prime Day. Consumer spending remains strong, which bodes well for GDP growth.

Finally, the Kansas City Fed Conference in Jackson Hole, Wyoming is going to be a big deal this week, since central bankers and monetary officials from all over the world will be attending the conference. I expect Fed Chairman Jerome Powell to signal that a key 0.25% interest rate cut will likely be forthcoming at the next Federal Open Market Committee (FOMC) meeting in September, which will likely help boost the stock market heading into the Labor Day weekend. As I have repeatedly said, the Fed never fights market rates, so two Fed 0.25% rate cuts are now anticipated if the Fed wants to un-invert the Treasury yield curve, which it must do, since banks tend to curtail their lending during inverted yield curves.