This announcement sent a mixed message, since if China is suspending imports of all U.S. agricultural products, then why would it levy tariffs on U.S. farm products in August? 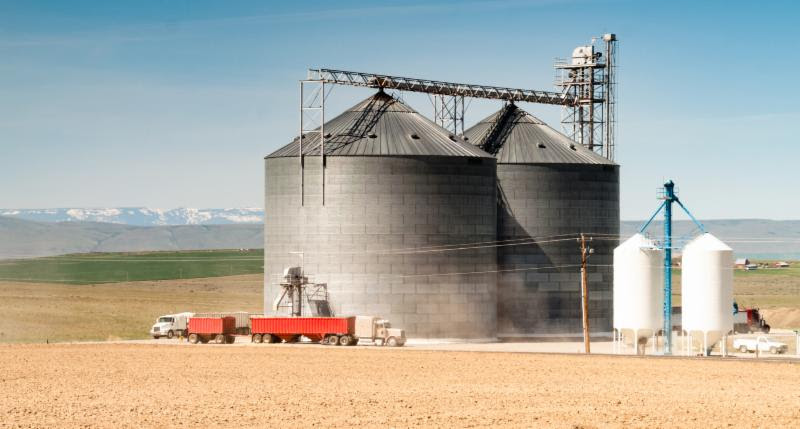 The answer is simple. The U.S. is the breadbasket of the world and foreign producers cannot compete with the efficiency of U.S. corn, soybean, and wheat farmers, who typically can beat foreign competitors on price, primarily since U.S. farms are much larger, automated, and much more efficient. China is the world’s largest consumer of soybeans, so they cannot avoid U.S. soybean farmers for long. Otherwise, that would make their cooking oil (a staple in Chinese households) too expensive! Furthermore, by purposely devaluing the yuan to the lowest level in over 11 years relative to the U.S. dollar, China is creating inflation on imported goods that will hurt Chinese businesses and consumers.

On Wednesday, Treasury Secretary Steve Mnuchin designated China as a “currency manipulator.” Specifically, the Treasury statement said, “In recent days, China has taken concrete steps to devalue its currency, while maintaining substantial foreign exchange reserves despite active use of such tools in the past.” Secretary Mnuchin added that the U.S. will “engage with the International Monetary Fund (IMF) to eliminate the unfair competitive advantage created by China’s latest actions.” The U.S. Treasury also immediately asked the IMF to boost its surveillance of China’s currency manipulations.

Previous U.S. administrations have been reluctant to label China a currency manipulator, because they thought that it was better to use quiet diplomatic pressure. However, President Trump is not “quiet” or very “diplomatic,” and is apparently exasperated with ongoing trade negotiations, plus he would like to forge a new China trade agreement before the 2020 Presidential election.

In the meantime, now that China is being carefully scrutinized and monitored by the IMF, the Chinese government may be reluctant to impose retaliatory sanctions on U.S. imported goods. Clearly, China does not want to be sanctioned by the IMF, since it would open endless trade disputes, so it appears to me that China is walking a fine line and trying to appease the IMF, which wants to help facilitate global trade.

Chief Economic Advisor, Larry Kudlow, on CNBC on Tuesday, said that President Trump has the upper hand in the Chinese trade dispute, since “the U.S. economy is very strong, theirs is not.” Kudlow added that China has to make immediate concessions to forestall the imposition of 10% tariffs on $300 billion of imported goods on September 1st, saying that “the economic burden is falling almost 100% on China.”

Inflation is Down and Interest Rates are Falling Fast

The Labor Department on Friday announced that its Producer Price Index (PPI) rose 0.2% in July, which was in-line with economists’ consensus estimate. However, the core PPI, which excludes food, energy, and trade margins, declined 0.1%. Wholesale energy costs rose 2.3% in July, but since crude oil prices have declined sharply in August, wholesale inflation rates should decline in August. In the past 12 months, the PPI and core PPI have both risen 1.7%. The core rate of wholesale inflation is now running at the slowest pace since late 2016, so the Fed may want to cut key interest rates sooner rather than later.

What has essentially happened in the EU is that they cannot boost tax revenues, so the ECB is “printing money” via quantitative easing, which allows most EU nations to pay generous social benefits. The net result of all this money pumping and negative interest rates will be the eventual collapse of the euro, possibly after Brexit. In the meantime, I expect that the euro will be at parity relative to the U.S. dollar.

In America, the Institute of Supply Management (ISM) announced Monday that its non-manufacturing (service) index slowed to 53.7 in July, down from 55.1 in June. This was substantially below economists’ consensus estimate of 55.5 and a big surprise, because economists expected the service sector to expand. The ISM non-manufacturing index is now at its lowest reading for the service sector in almost three years (since August 2016). However, since any reading over 50 signals an expansion, the service sector is still growing. Five of the 13 service industries surveyed contracted in July, so that is a growing concern.