The drama last week was not so much in the stock market as in the Treasury yields, when they dropped like a rock to 1.12%, then rose sharply on better-than-expected economic data to touch 1.30%.

The question now is: Will they continue to rise, or head back towards 1%? 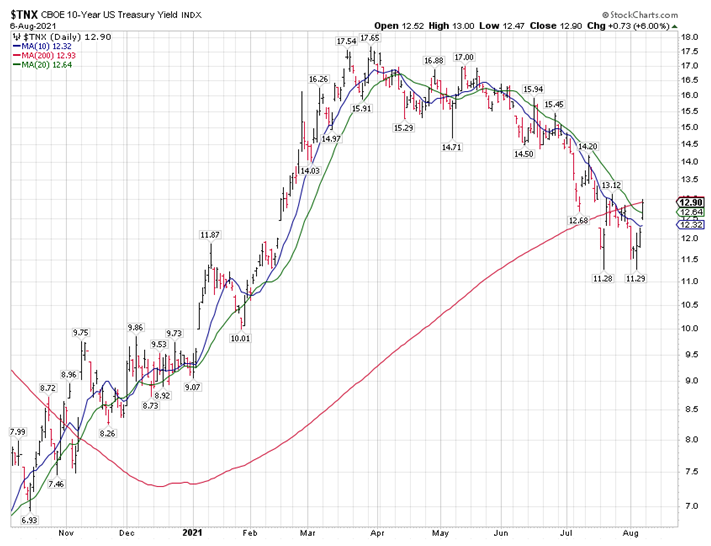 The way the stock market has been trading in 2021, we’ve seen the so-called reflation trade, dubbed more crudely as “value” – the financials, energy, and industrials – liking the higher Treasury yields, while the technology trade tends to outperform when Treasury yields are subdued or at least not rising quickly.

If the Delta Covid variant turns out to be a problem – and so far, the issues are big only in states with low vaccination rates – then Treasury yields will likely fall again. Then we have the Lambda variant, and we will likely see other mutations that we have not even discovered (or named) yet.

If people are vaccinated and the virus burns itself out, it will stop mutating; but most of the world is far behind the United States and other developed countries, so my guess is that Covid is far from burning itself out. That means there are likely more twists and turns coming in the coronavirus drama.

This week’s trading will give us a lot of clues as to what the bond market is about to do. For Treasury yields to head straight back down to 1% or below would mean that we have an economic problem.

The impressive 50% or so rebound since breaking $30,000 conclusively puts bitcoin right under its 200-day moving average, where most of the trading has occurred since mid-May. That level is also near the neckline of a major head-and-shoulders top that broke in May, putting it at a major resistance area.

When it comes to any “support” and “resistance” levels, the key point to note is that they are not precise points, but more like “areas.” The most bearish thing bitcoin can do now is to take out $30,000. I think that’s coming, as regulation against bitcoin and taxation plans in Congress are coming, since Democrats are furious at the inability to collect capital gains taxes on bitcoin transactions. Since they need the money for their spending plans, it’s a safe bet that more regulation and taxation are coming.

Then we have China’s digital yuan push and crackdown against bitcoin, which may very well intensify as the digital yuan is launched. We also had Cathie Wood, Elon Musk, and some other bitcoin aficionados going to a bitcoin conference to express their bitcoin enthusiasm, which caused a violent rally. This, coupled with major exchanges reducing margin loans, caused a rather virulent short squeeze rally.

To me, it looks like a short squeeze rally right into a major resistance area. I think bitcoin will fail here and decline below $30,000. There are no triple and quadruple bottoms – or even Vinny’s five failures: 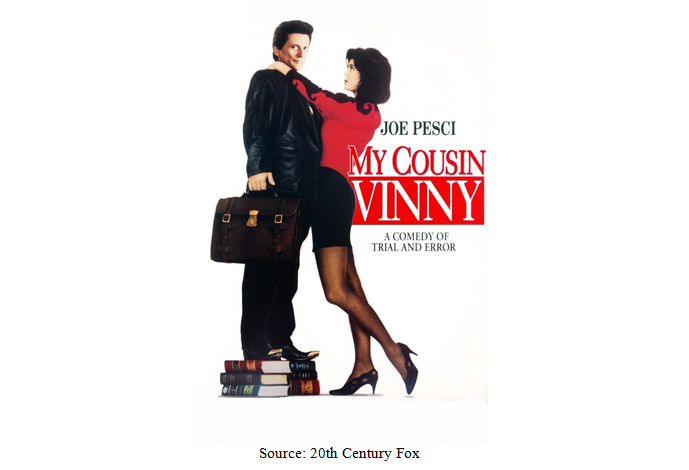 Unlike Vincent Laguardia Gambini, who took six times to pass his bar exam, the third time for bitcoin at $30,000 will likely be the charm!

Sector Spotlight by Jason Bodner
Are We Addicted to Hearing “Bad News First”?