The Fed will likely announce a 0.25% cut in the Fed Funds rate tomorrow, but they are not “driving the bus.” The European Central Bank (ECB) is in charge. Last Thursday, the ECB signaled that it would likely cut its key short-term interest rate and boost its bond buying program (i.e., quantitative easing). Current short-term euro rates are -0.4%, but they will go deeper below zero to try to stimulate growth.

Continental Europe is in the midst of a massive heat wave this week and most Europeans I know have fled to Austria or higher elevations to escape the oppressive heat. Since many Europeans take August off, the economic data will be more reliable in September when everyone finally returns to work.

Boris Johnson became Britain’s new Prime Minister on Wednesday and vowed to proceed with Brexit on October 31st. As the former mayor of London, Johnson is very colorful, plain-spoken, has perpetually bad hair days and is frankly just as colorful as President Trump. Since the ruling elite in Parliament does not want to implement Brexit, due partially to the billions in exit costs that the European Union (EU) wants to impose, it will be interesting to see if Johnson gets any kind of cooperation, but Johnson called on MPs to stop blocking Brexit and “restore trust in democracy” by allowing Britain to leave the European Union. 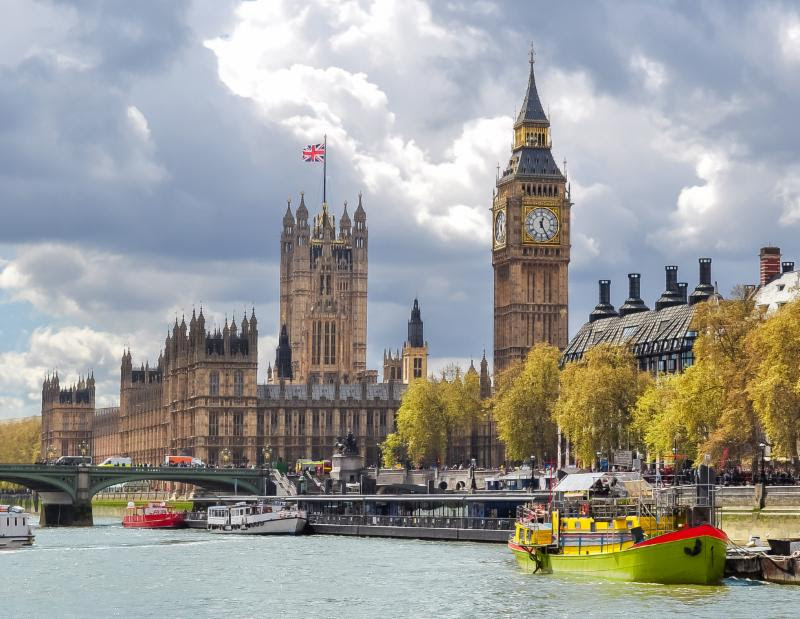 This full-frontal assault on the elite ruling class in Britain is very interesting, since many MPs were born to an upper class that is notorious for ignoring the will of the masses. Essentially, Boris Johnson has channeled his inner Donald Trump and is trying to make Britain great again. If he lifts the national mood so the country can confidently proceed with Brexit, I suspect the British pound will finally firm up.

This week the Trump Administration provided disgraced Venezuela President, Nicolas Maduro, with an interesting offer – to leave him alone if he flees to Mexico, the Dominican Republic, or any other exile country. The Trump Administration urged Maduro to take advantage of this generous offer before it is too late. The United Nations High Commissioner for Human Rights, Michelle Bachelet, also prepared a detailed report that could be used against Maduro at The Hague. Now that Madero has raided Venezuela of many of its vast resources, including its central bank’s gold reserves, it will be interesting to see if he takes up Trump’s offer. Maduro’s exit would be a massive relief and likely cause crude oil prices to fall.

The economic news last week was mostly good, but I’ll start with the bad news. On Tuesday, the National Association of Realtors announced that existing home sales declined 1.7% in June to an annual rate of 5.27 million. Mortgage borrowing rates have now fallen to the lowest level in two years, despite the fact that unemployment is at a 50-year low. Median home prices declined in hot real estate markets like San Jose, Seattle, and Los Angeles, so it is possible that buyers are cautious about today’s frothy home prices.

The good news is that the Commerce Department on Wednesday announced that new home sales soared 7% in June to an annual rate of 646,000, the first increase in the past three months. In the past 12 months, new home sales rose 4.5% and 2.2% year to date. Median home prices were $310,400, a bit lower than a year ago, since homebuilders are building more affordable homes. There is now a 6.3-month supply of new homes for sale, which is higher than normal, so median home prices should remain relatively stable.

Navellier & Associates owns BA in managed accounts and our sub-advised mutual fund. Louis Navellier and his family own BA in personal accounts.

If there was a major disappointment during last week’s record market highs, it was clearly Tesla, which posted a much bigger-than-anticipated second-quarter loss of $408 million, despite record sales. To me, it is very disturbing how CEO Elon Musk said he would push to make Tesla’s manufacturing and especially the Reno battery plant more efficient, which turned out to be a false promise that he had previously made.

Since I have an office, home, and several employees in Reno, I know all too well that the Tesla battery plant expansion was stopped since its joint venture with Panasonic is not going well. Elon Musk is not well respected at the Reno battery plant, since he is famous for making unreasonable demands and firing workers. After Panasonic stopped expansion at the Reno battery plant, the perception in Reno is that Tesla is desperately trying to move its battery and vehicle production to China, in order to survive longer-term.

I should add that my family’s Audi e-tron cost $60,000 less than an equivalent Tesla Model X. That is Tesla’s real problem – lack of competitive pricing – since its expensive Models S & X sales continue to decline as more competition arrives. Furthermore, even though the Model 3 is selling well, it is simply not profitable. As more electric vehicle competition mounts in the upcoming years, Tesla will eventually be put out of business, unless its China venture works. I still predict Geely (which owns Volvo and its electric Polestar brand) will buy what is left of Tesla if its stock falls below $10 billion in market cap.