The main question that kept popping up is, “What do bonds know that stocks don’t?” 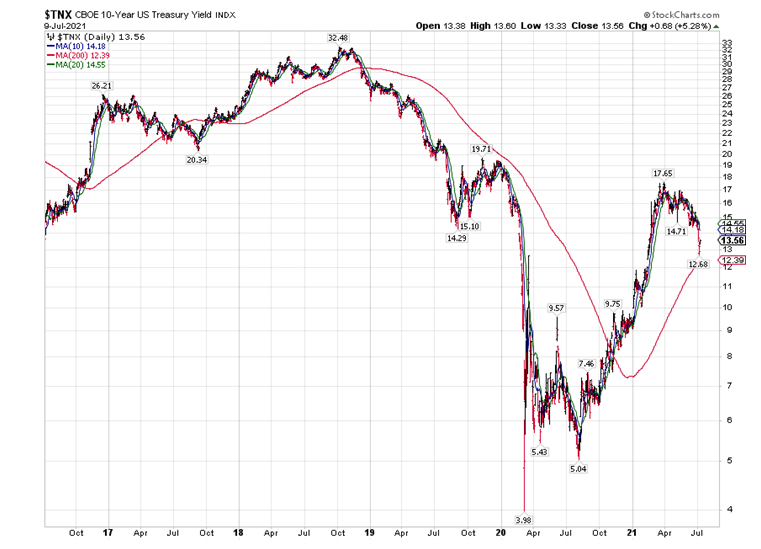 Perhaps concern is over the Delta variant of Covid that is more contagious and is rapidly spreading across the world – and in unvaccinated parts of the United States. Places with 30% or so in vaccination rates will see bad outbreaks and the numbers will climb again. This is one issue where I wish it were constitutional to make the vaccine mandatory – with both Pfizer and Moderna producing outstanding results.

I have checked with an expert on vaccines, who tells me that the Moderna vaccine carries three times the messenger RNA lipids of the Pfizer vaccine, so if you were to get side effects after being vaccinated, the likelihood of getting dizzier and having more fatigue with Moderna is higher. Both vaccines work similarly when it comes to efficacy, and 3X mRNA does not give you higher immunity, but it does work.

Why 3X the active ingredients in the Moderna vaccine? They were racing against the clock and had to make an educated guess with no communication with Pfizer, as would be normal for competitors.

I have the Moderna vaccine and am very happy with my choice.

In addition to COVID, the other serious driver of falling yields with rising inflation is the Japanese and eurozone buying of Treasuries. Government bonds there offer no yields, so BOJ and ECB QE policies, in addition to the Fed’s QE, result in falling Treasury yields. Keep in mind that interest rates stayed below the level of inflation for 10 years in the 1940s and they very well may do the same in the 2020s.

The Fed wants positive nominal yields, so banks can make money in a positive nominal yield curve environment, and negative yields after inflation, so they can inflate away the COVID debts, just like they inflated away the World War II debts. Treasury yields falling to 1.25% would actually be welcomed by the Fed.

If Covid was Intentional, it is an Act of War

The origins of the novel coronavirus look more and more man-made, due to numerous facts that have been established since the outbreak of the pandemic in late 2019 in Wuhan, China. A summary of those facts with the necessary conclusions can be read online at thebulletin.org (see May 5, 2021 “The origin of COVID: Did people or nature open Pandora’s box at Wuhan?” by Nicholas Wade).

In any political situation, one needs to ask who benefits? In this case, COVID altered the U.S. election outcome, and it stopped the trade war. (Love him or hate him, Trump was unlikely to lose with a pre-COVID 3.5% unemployment rate). If that is not a benefit to the PRC, I don’t know what is. 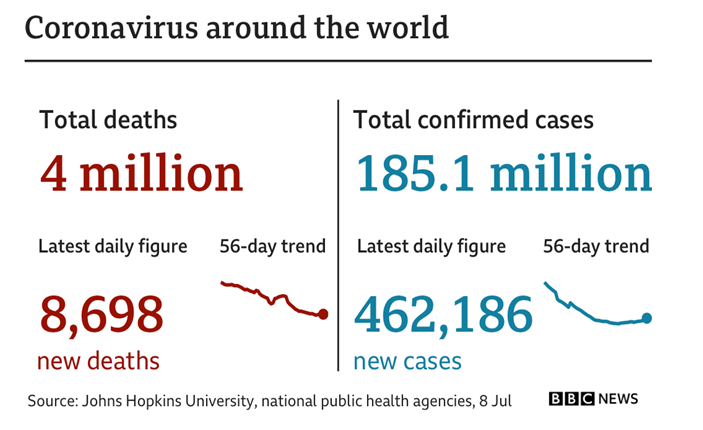 If it can be shown that the release was intentional – which would be hard to prove – that would clearly be an act of war. What would President Biden and U.S. allies do if presented with that kind of proof?

To this day, the historical spin is that Eastern Roman Emperor Zeno had internal rebellions and problems – he lost the throne in a coup and had to recapture it himself from Basiliscus in August 476 – but a more plausible explanation is that his giant ego preferred for there to be one emperor (himself) rather than another one in Rome. When Rome fell, he did not intervene, even though he did encourage Theodoric the Great to battle Odoacer, who deposed him and became King of Italy two years after Zeno died in 491.

If there has to be one person that is responsible for the fall of the Western Roman Empire, that would be the Eastern Roman Emperor Zeno and his giant ego, not Odoacer. Draw what lessons you will…

Income Mail by Bryan Perry
Growth Versus Value? It Looks Like Both Are Right

Global Mail by Ivan Martchev
What Do Bonds Know That Stocks Don’t?