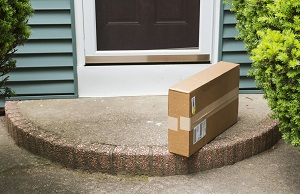 Last Tuesday, the Commerce Department announced that retail sales soared by a record 17.7% in May, vs. April. This was a massive surprise, since economists expected May retail sales to rise just 7.7%. In March and April, retail sales declined 8.2% and 14.7%, respectively, according to the Commerce Department’s latest revised figures, but vehicle sales soared 44.1% in May, so the 0% financing certainly helped sell cars and trucks!  Excluding vehicles, retail sales still rose an impressive 12.4%, led by a 188% increase in clothing, a 90% rise in home furnishings, and an 88% increase in hobby and sporting goods.

On Wednesday, the Commerce Department announced that housing starts rose 4.3% in May to an annual pace of 974,000. This was below economists’ consensus estimate of an annual pace of 1.13 million, but building permits surged 14.4% in May to a 1.22 million annual pace. Applications to buy new homes rose for the 9th week in a row and are now at a new high. Also encouraging is that mortgage applications in mid-June are now 21% higher than they were a year ago. In May, housing starts surged 21.5% in the West and 12.8% in the Northeast, but they declined 1.5% in the Midwest and 16% in the South. The Fed’s ultra-low interest rate policy is clearly boosting building permits, and housing starts should remain strong.

The total number of workers now getting unemployment benefits slipped slightly to 20.54 million in the latest week, so there is some fear that unemployment reductions could be slower in the upcoming weeks

The Lockdown Has Created Undue Interest in “Junk” and “Fad” Stocks

There was some concern evident last week when Leon Cooperman and Princeton Economist Burton Malkiel talked about millennial investors unwisely speculating in low-priced stocks and day trading. On Wednesday, Barstool Sports founder Dave Portnoy said on CNBC’s Fast Money that he has no “great knowledge” of stocks, adding that if retail investors follow his actions and potentially lose money on a rare penny stock he mentions, he “can’t be held responsible for total idiots.”  Portnoy also clarified that once the COVID-19 pandemic is over, he needs to return to his “pretty busy job” at Barstool Sports. The fact that bored sports junkies like Dave Portnoy have been speculating in penny stocks while sports are shut down is quite fascinating, since it helps to explain the wild valuations for many low-priced stocks.

In my opinion, the biggest stock bubble now is Nikola, which is taking deposits for its Badger pickup truck. The problem is not the Badger pickup truck, but the hype from its founder, Trevor Milton, who is promoting hydrogen fuel cell technology. Nikola briefly hit a $28 billion market capitalization, which at the time was the same as Ford, after Milton said, “My goal is to take the throne from the Ford F-150.”

Prior to all this hype, Nikola had a market capitalization of barely $3.3 billion and no significant revenue to justify its inflated market value. However, now that Nikola will be soliciting deposits on June 29th, at least one Wall Street firm is recommending the company on the hope that it could attract some lucrative investment banking business. I strongly recommend that all investors stay away from companies that sell hype and phantom products, but have no significant forecasted revenue or earnings, like Nikola.

It’s amazing how conflicted the news media have become during these four months of partial lockdown. As I mentioned on my Friday podcast, the financial media has been issuing conflicting messages on several topics. For example, The Wall Street Journal featured a positive article about Chinese and South Korean battery manufacturers, due largely to growing demand for lithium batteries for electric vehicles (EVs), even though China’s EV sales declined 39% in the first five months of 2020. Then a couple of days later, Bloomberg had an article entitled, “The Electric Car Battery Boom Has Screeched to a Halt, For Now.”  Bloomberg reported that “battery shipments to carmakers are forecasted to fall 14% in 2020.”

Due to new EV incentives in France and Germany designed to boost the sales of low-priced vehicles from Renault and VW, plus many new EV models in the pipeline from VW Group, I expect that the demand for lithium batteries will resume rising in the upcoming months. I also found it interesting that VW Group has invested $300 million in a battery technology startup founded by former Stanford University researchers. So apparently, the rush to make a lithium air battery (lighter than current liquid or gel cooled lithium batteries), as well as a cost-effective solid-state battery, is definitely under development.

Despite all this short-term rush to fad stocks, we believe you will be far better served by taking part in the ongoing flight to quality, especially during this upcoming end-of-quarter rush, and then earnings season.