6-16-20: The Fed Launches an Epic Battle Against Deflation 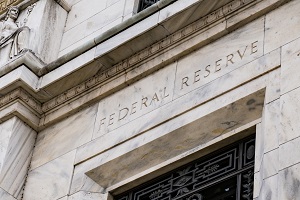 On Wednesday, the Federal Open Market Committee (FOMC) issued a statement that was downright depressing. The FOMC is predicting that U.S. GDP will contract between 4% to 10% (average of 6.5%) in 2020 and then improve to +5% in 2021. Since a 5% GDP improvement in 2021 will not fully erase all the GDP damage in 2020, the Fed will keep key interest rates low through 2022. In fact, Fed Chairman Jerome Powell said, “We’re not even thinking about thinking about raising rates.”  The FOMC statement clarified that the Fed will be buying $80 billion in Treasury securities and $40 billion in mortgage-backed securities each month, which helped to suppress Treasury yields last week. Fed Chairman Powell also said that, “It could be some years before we get back to those people finding jobs.” Pretty dismal stuff!

Wholesale prices were more deflationary, long term. On Thursday, the Labor Department announced that the Producer Price Index (PPI) rose 0.4% in May, but in the past 12 months, the PPI and core PPI fell 0.8% and 0.4%, respectively, so longer-term deflation is alive and well on the wholesale level.

It appears that crude oil prices have peaked near-term, since both the American Petroleum Institute (API) and the Energy Information Administration (EIA) reported that crude oil inventories soared 8.4 and 5.7 million barrels, respectively, in the latest week. This news came as a shock, since energy analysts were expecting a 3.2-million-barrel decline, so this news should put downward pressure on prices at the pump.

Chinese deflation is even deeper. China shocked many observers on Wednesday when its National Statistics Bureau reported that its PPI index plunged 3.7% in May, following April’s 3.1% decline. In other words, deflationary pressure is spreading in China as sluggish demand from Europe and the U.S. continues to negatively impact demand. Energy prices continue to decline in China and are offsetting widespread food inflation. Overall, outside of food, China is in the midst of widespread deflation.

Further complicating matters is that 10.7 million self-employed workers were also eligible for unemployment benefits and many quickly returned to work. Since ADP does not count independent contractors in its payroll survey, it is very possible that these independent contractors, including many Lyft and Uber drivers, were responsible for the distorted reports from ADP and the Labor Department.

All 11 sectors in the S&P 500 had their 20-day moving averages cross their 200-day moving averages early last week, which is typically a good long-term buy signal. The other big development is that the annual Russell index realignment should help boost stocks. Russell’s final index change will be announced June 26th and new stocks will be added to the Russell indices after the markets close June 29th.

Interestingly, the Fed and ECB have been very aggressively buying lower-grade corporate bonds to help shore up financial markets and boost investor confidence. However, since this aggressive central bank buying pressure is new, many fixed-income investors remain cautious and have concluded that dividend stocks are a preferred alternative to bonds, especially since after-tax yields are far higher in stocks.

Europe is Struggling to Re-Open its Economy After Coronavirus Shutdowns

Europe is undergoing wave after wave of stimulus plans from individual countries and the European Central Bank (ECB). Britain is lagging the rest of Europe in reopening, since their coronavirus restrictions are still in place. The Office for National Statistics reported on Friday that Britain’s GDP contracted a whopping 20.4% in April. Layoffs in Britain’s luxury auto industry continue to spread and now Bentley (part of VW Group) is planning to furlough 1,000 workers, about 25% of its workforce.

This German incentive is clearly designed to boost sales of the VW e-Golf and e-Up models. Currently, VW Group is outselling Tesla in Germany for electric vehicles, thanks to help from its Audi and Porsche subsidiaries, so it will be interesting to see how the fight for electric vehicle sales in Europe unfolds.