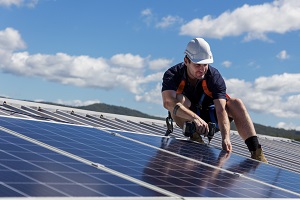 The Labor Department reported last Friday that a whopping 263,000 payroll jobs were created in April, substantially above economists’ consensus estimate of 190,000. The unemployment rate fell to 3.6%, the lowest rate in nearly 50 years (since late 1969). The February and March payrolls were also revised up by a cumulative 16,000 jobs to 56,000 and 189,000, respectively. Average hourly earnings rose 0.2% to $27.77, up 3.2% in the past 12 months. I should add that ADP announced on Wednesday that the private sector created 275,000 jobs in April, substantially higher than economists’ consensus expectation of 180,000. Overall, the job market remains very healthy – and without causing excessive wage inflation.

The other economic news last week was also positive. First, the Commerce Department announced that consumer spending surged 0.9% in March, the largest monthly gain in almost a decade. In the past 12 months, consumer spending has risen 2.9% and is the primary driver of GDP growth, which may explain why the preliminary estimate for first-quarter GDP growth was over 3%. The Commerce Department also announced that factory orders rose 1.9% in March, the largest monthly increase since last August, so between a strong consumer and manufacturing sector, first-quarter GDP may now be revised higher.

The National Association of Realtors on Tuesday announced that its index of pending home sales surged 3.8% in March, a massive surprise, since economists were only expecting a 0.7% increase. Three of four regions surveyed reported a surge, with the West leading the way with an 8.7% increase. Lawrence Yun, chief economist for the National Association of Realtors, said that, “There is a pent-up demand in the market, and we should see a better performing market in the coming quarters and years.”

The other big news on Tuesday was that the S&P CoreLogic Case-Shiller 20-city home price index rose 0.2% in February and 3% in the past 12 months. Six of the 20 metro areas surveyed reported that median home prices declined or were unchanged. Overall, slower home price appreciation means that inflationary forces continue to decline, which means that the Fed is unlikely to raise key interest rates.

The Institute of Supply Management (ISM) announced on Friday that its non-manufacturing (service) index slipped to 56.1 in March, down from a robust 59.7 in February. This was the lowest reading in 19 months, but since any reading over 50 signals an expansion, the ISM survey was still positive, and 16 of the 18 service industries that ISM surveyed reported expanding in March, which is very positive.

Overall, first-quarter GDP will likely be revised higher due to this week’s net-positive news from March.

The Federal Open Market Committee (FOMC) met on Wednesday and left key interest rates unchanged, citing the recent decline in inflation as a reason to hold rates steady. Specifically, the FOMC statement acknowledged that overall and core inflation “have declined and are running below” its 2% target.

There is no doubt that the FOMC is now more upbeat on overall GDP growth and Fed Chairman Jerome Powell said, “I see us on a good path” after his post-FOMC press conference. However, Powell also said that he believes the slackening in price pressure is “transient,” which surprised some Fed watchers, since it implies that the Fed Chairman apparently believes that inflation may re-accelerate. Essentially, the Fed is now fearing phantom inflation, so I expect the FOMC will remain data-driven and “patient.”

Interestingly, after Chairman Powell’s press conference, Fed Presidents James Bullard and Charles Evans, from St. Louis and Chicago, respectively, both signaled that they are open to interest rate cuts, due to a lack of inflation. Bullard and Evans are “doves” and do not share the majority opinion on the FOMC, so it will be interesting to see the FOMC minutes to monitor any dovish debates over inflation expectations.

As I have repeatedly said, the Fed never fights market rates, so a strong U.S. dollar and foreign capital inflows are expected to be the primary force that will influence Treasury yields in the upcoming months. In other words, if short-term Treasury yields fall due to international capital flight, the FOMC may have room to cut short-term rates. However, for now, it appears that the FOMC will maintain a steady course.