4-6-21: The Real Reaction to the Jobs Report Will Come This Week

Friday brought a great March jobs report on a day the stock market was closed for the observance of Good Friday and the beginning of the Western (Non-Orthodox) Easter weekend. Easter for Orthodox Christians will not come until May 2. The difference arises from the latter using the Julian Calendar (adopted by Julius Caesar in 46 BC), while the West uses the Gregorian calendar.

The futures markets reacted violently to Friday’s jobs data for the short time they were open after the release. In that market, stocks registered fresh all-time highs, while government bonds again sold off.

The tone of trading in March was that the U.S. stock market tolerated the rise in long-term interest rates as long as it was not disorderly or too quick. The 10-year Treasury rate traded all the way up to 1.77% last week, and we may very well surpass that level this week as investors take time to react to the jobs data.

On the present trajectory, we are on track to surpass 2% in 2Q’21. From a historical perspective, the Fed decided to peg the 10-year Treasury at 2.5% or lower in the 1940s to facilitate the war effort, which in effect meant facilitating deficit spending that otherwise the bond market could not stomach on its own. 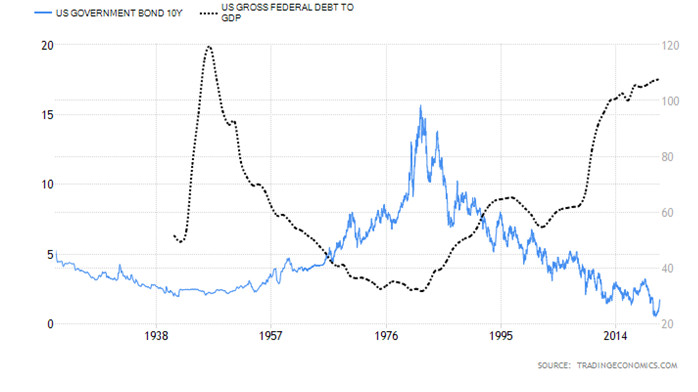 While defeating Nazi Germany and its allies was a political motivation that made deficits acceptable in the 1940s and gave the Fed a mandate to intervene in the interest-rate markets, I am not sure Democrat-sponsored deficit spending that goes well beyond dealing with the effects of the COVID pandemic is. It remains to be seen what the Powell Fed will do, but so far, I get the feeling they expect market forces to keep Treasury yields under control as there are simply no yields to be had in either Japan or the eurozone. 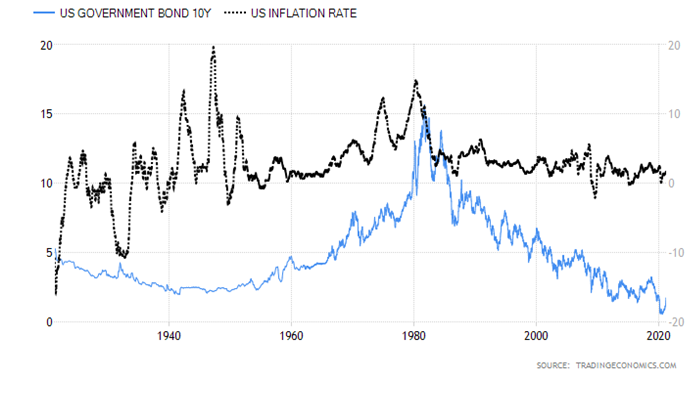 The 10-year U.S. Treasury yield has been declining since 1981. Any interest rate spikes that become disruptive to the pending economic recovery may cause President Biden to suffer the fate of his friend Barack Obama, who lost Democratic control of the House in 2010 and the Senate in 2014. Without the now-razor-thin control of the Senate and House, President Biden will have a very hard time governing in 2023. Having been a Senator himself, this must surely be on his mind as he rolls out his policy agenda.

The “Killer’s” Response in Ukraine

After President Biden labeled Russian President Vladimir Putin a “killer” on national television, it would appear that the Russians are preparing for some type of geopolitical maneuver. There is troop movement along the Ukrainian border, setting off all kinds of red flags for NATO and the Biden administration.

It is worth pointing out that during the Crimean crisis, Russian troops never entered Ukraine proper, except for their activities in Crimea, which they never considered officially part of Ukraine. (Crimea was transferred to the Ukrainian SSR in 1953 as part of an administrative reform of the Soviet Union, and the people there do not consider themselves Ukrainian and do not speak the Ukrainian language.)

In fact, half of Ukraine does not speak Ukrainian and to this day do not consider themselves of Ukrainian nationality. They think of themselves as Russian, like those in Donetsk and Luhansk. As far as the Russians are concerned, they are correcting a mistake Nikita Khrushchev made in 1953 and nothing more.

I don’t see an investing angle here, other than saber rattling, but such situations can get out of hand if any of the opposing sides do not carefully calibrate their responses. Given the Russians’ well-calculated move to annex Crimea in 2014, without technically firing a shot in battle, I would have to conclude that they have been planning this move for many years. This does not have to turn into a geopolitical crisis.

This Russian troop movement could turn out to be nothing – or just a flexing of muscles to test the Biden administration. There are other killers who lead countries in the G20, more than one having a permanent seat on the UN Security Council, but it strikes me as counterproductive to name them on national TV.

Growth Mail by Gary Alexander
April Looks Promising, But What About the Rest of 2021?