11-3-20: The Election Will be Closer than Most Pundits Predict 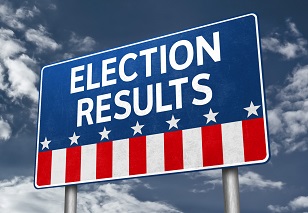 I believe that today’s Presidential election will turn out to be a lot closer than most pundits have predicted. Here’s one scenario: If President Trump carries all the states that he won in 2016 except Michigan and Pennsylvania, he will still win 270 Electoral College votes. In other words, even if Joe Biden wins the popular vote, as Hillary Clinton did, winning the Electoral College will still be difficult.

The good news is that (as of Sunday) over 95 million people have already voted in the 2020 Presidential election – almost 70% of the number of total voters in the 2016 Presidential Election – so this is shaping up to have record turnout, which makes a disputed election outcome a bit less likely.

This time around, the election is shaping up to be a debate over health and wealth, or more specifically between “economic health” and “Covid-19 health.” There is virtually no public demand to reimpose more economic shutdowns since we are in the midst of a V-shaped economic recovery and the Commerce Department announced on Thursday that its preliminary estimate for third-quarter GDP growth is a 33.1% annual rate. An even more amazing statistic is that the consumer spending portion of the GDP report soared to a whopping annual rate of 40.7%!  And the third-quarter GDP estimate will likely be revised even higher in the upcoming weeks due to favorable trade data, which will have a significant impact on GDP.

As long as Covid continues to have a small impact on those in the workforce under age 65, it should be a winning formula to campaign on the “economic health” story, along with adequate health safeguards.

The Remaining Economic News is Mixed, but Mostly Positive

The other economic news last week was mixed. First, the Commerce Department reported that new home sales declined 3.5% in September to an annual pace of 994,000, slightly below economists’ consensus expectation of 1.033 million, but typically, new home sales decelerate in the fall.

In the longer-term picture, new home sales are up a whopping 32% in the last 12 months, so the housing sector remains very healthy. A massive 28.9% decline in the Northeast largely accounted for the decline. At the current annual sales pace, the inventory of new homes for sale is now at a 3.6-month supply. As a result, median home prices will likely continue to rise due to relatively tight inventories.

On Tuesday, the Commerce Department reported that durable goods orders rose 1.9% in September for the fifth consecutive monthly increase and substantially higher than the economists consensus expectation of a 0.2% decline. Transportation orders, excluding defense orders, rose 3.4%. Excluding transportation, durable goods orders rose 0.8%. As a result, I expect some economists to revise their GDP models higher.

Also on Tuesday, the Conference Board announced that consumer confidence declined to 100.9 in October, down from 101.3 in September. This was a surprise, since economists were expecting a rise to 102. On a positive note, the “present conditions” component surged to 104.6 in October, up from 98.9 in September, which bodes well for continued strong consumer spending. However, the “expectations” index declined to 98.4 in October, down from 102.9 in September, possibly due to the uncertainty of the Presidential election. As soon as election uncertainty disappears, consumer confidence should improve.

On Wednesday, the Commerce Department announced that the trade deficit declined 4.5% to $79.4 billion in September as exports surged 2.7% to $122 billion and imports declined 0.2% to $201.4 billion. A smaller trade deficit generally causes economists to revise their third-quarter GDP estimates higher.

On Thursday, the Labor Department reported that new unemployment claims declined to a 7-month low of 751,000 in the latest week, down from a revised 791,000 in the previous week. Economists were expecting 770,000 new claims, so this was a significant positive surprise. Continuing unemployment claims substantially declined to 7.756 million vs. a revised 8.465 million claims in the previous week.

Finally, the Commerce Department on Friday reported that September’s consumer spending rose 1.4%, up from 1% in August. This essentially means that the third-quarter GDP estimate will likely be revised higher, since consumers account for slightly more that 70% of overall GDP growth. Consumers continue to spend more on goods, since many are “nesting” at their respective homes due to Covid-19 restrictions. In fact, consumer spending on goods remains higher than prior to the pandemic. The simple math is that if you put money in consumer pockets, they tend to spend it, so the V-shaped economic recovery continues.

Global Mail by Ivan Martchev
The U.S. Dollar Is Getting Ready to Move Up