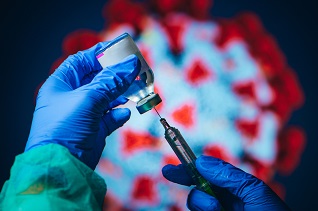 In my Monday podcast, I called that massive (834 Dow point) rally a mean reversion “short-covering” rally based on Pfizer’s successful vaccine tests as well as hopeful news of other vaccines. The other cause is that European markets opened up strongly because they like Joe Biden – they hope he will sign the Paris Accord and reverse some of President Trump’s demands for higher NATO payment schedules.

The “value shift” triggered by the Pfizer vaccine news will not last forever, since the 14% surge in energy stocks last Monday was clearly short covering, as were the rallies in airlines, cruise ships, and hotels.

Although Joe Biden said the Pfizer vaccine was “excellent news” and a “cause for hope,” he also added that widespread vaccinations are still many months away. Whether or not a Biden Administration might impose more economic restrictions to curtail the spread of Covid-19 remains a bit of a mystery, since the Biden team has a Coronavirus Task Force that is still working on any recommended changes.

Confusing matters further, Pfizer CEO Albert Bourla sold 132,508 shares of his company’s stock at an average $41.94 per share (netting almost $5.6 million) last Monday, the same day Pfizer announced its successful vaccine trials. This insider stock sale was part of a pre-scheduled 10b5-1 trading plan that was adopted on August 19th. Nonetheless, this raised eyebrows after the news caused PFE’s price to spike!

In the meantime, as of last weekend, President Trump remains hellbent on recounting ballots in key states and refuses to concede, especially since he thought that he was winning well into Election Day evening.

This political saga will hopefully be over by mid-December when the electors from the states normally certify the votes. If President Trump loses re-election, as now seems certain, then I assume that he will launch “Trump TV” with his buddy Chris Ruddy at Newsmax, who said, “The president is an incredible draw,” and added, “He has a huge fan base, unlike any other political figure in American history.”

Right now, the biggest threat to the current V-shaped economic recovery would be more Covid-19 restrictions. Frankly, no matter what candidate Biden said during the campaign, it is against human nature to lock up human beings in their homes for long periods of time; so I expect that mandatory masks, social distancing, and restrictions on the size of groups will remain the primary way to slow the spread of Covid-19. In the meantime, other than the CDC’s recommended outdoor dining guidelines for Thanksgiving, it appears that consumer spending will not be impaired by any detailed new restrictions this holiday season.

Regarding the Pfizer vaccine, Fed Chairman Jerome Powell said, “From our standpoint, it is just too soon the assess with any confidence.” In the meantime, the Fed has allowed the yield curve to “tilt up,” so I am eagerly watching if Treasury bond yields will continue to rise, even though short-term rates remain effectively at 0%. Powell concluded by saying, “We do see the economy continuing on a solid path of recovery, but the main risk we see is the further spread of disease here in the United States.”

The economic news here remains positive. Compared to the “hot” post-Covid recovery in China, and the “cold” economic malaise in Europe, America remains the “Goldilocks” economy on the world scene.

On Thursday, the Labor Department reported that new jobless claims declined to 709,000 in the latest week, down from 757,000 in the previous week. Continuing unemployment claims declined to 6.8 million, down from 7.2 million in the previous week. Overall, despite fears of more possible Covid-19 restrictions under a Biden Administration, the unemployment situation continues to improve steadily.

The Labor Department also reported on Thursday that the Consumer Price Index (CPI) was unchanged in October. Energy prices declined 0.5% in October, while food prices rose 0.2%. Excluding food and energy, the core CPI was also unchanged in October. In the past 12 months, the CPI and core CPI have risen 1.2% and 1.6%, respectively, so consumer inflation remains well within the Fed’s guidelines.

On the wholesale level, the Labor Department reported on Friday that the Producer Price Index (PPI) rose 0.3% in October. Wholesale food prices rose 2.4% in October, due largely to a 26.8% surge in vegetable prices. Excluding food, energy, and trade services, the core PPI rose 0.2% in October. In the past 12 months, the PPI and core PPI are up 0.5% and 0.8%, respectively. The fact that wholesale prices remain below consumer prices bodes well for discount retailers, which have been resilient in the pandemic.

A Look Ahead by Louis Navellier
Is the Vaccine News “For Real” for Now – or for 2021?

Sector Spotlight by Jason Bodner
Should You Buy Into the Value/Growth Rotation?