It is no surprise that with a retreat of 10-year Treasury yields off the highs of 4.33%, the stock market had a big rebound last week. If the next move of Treasury yields is 50 basis points down, the stock market could have an even bigger rebound. By the same token, if the next move of 10-year Treasuries is to 4.50%, then I suppose it is likely we’ll see a revisit of the October lows. 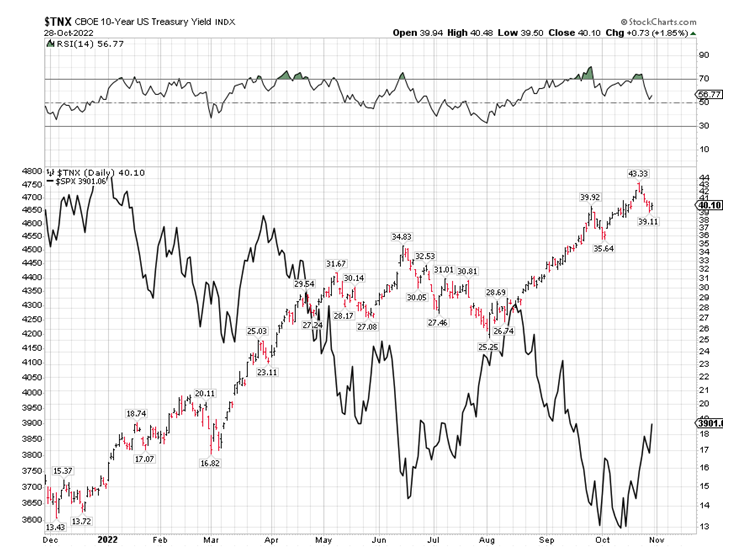 When it is up to the bond market to decide what happens to stocks, then it is up to Jerome Powell, who will be delivering his FOMC press conference tomorrow, which promises to deliver huge intraday swings. Often, the real reaction comes the next day, as investors digest what Powell really said.

Powell can choose to attack the market – to “Jackson Hole” the market – as he did in August, or he can back off and strike a more measured tone. I think he should do the latter, but I am not sure which path he will choose, as he has made too many mistakes in a row for a central banker.

Central banks typically have a counter-cyclical role, as they attempt to smooth out economic growth and inflation. In this case, Powell overstimulated to the upside in 2021 and then pressed hard in the opposite direction in 2022. If he didn’t over-stimulate (via QE) the stock market and economy in 2021, he wouldn’t have to over-QT the stock market and economy in 2022. Basically, Powell is doing the opposite of what the central bank should do, by over-stimulating to the upside and then over-tightening to the downside.

The Euro is Showing Signs of Life

If it weren’t for the Ukraine war and the Fed’s over-zealousness, the euro would probably be 10% higher. If the Fed appears dovish tomorrow, the euro will probably rally. The problem is that there are signs of escalation of the Ukrainian crisis, which is euro-bearish, and the war seems headed from bad to worse. 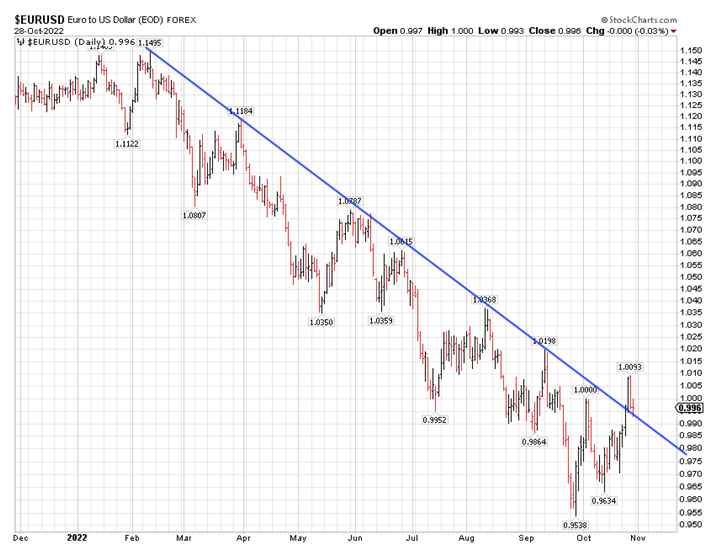 I never thought that when the war started on February 24 that it would still be going after eight months. The 2014 takeover of Crimea was well planned and well executed, but the present sloppy scorched-earth strategy seems pathetic. “Every battle is won or lost before it is ever fought,” said the great Chinese general Sun Tzu, and in this case the Russians clearly did not plan well. Be that as it may, historically the Russians have never been the ones to give up easily, as they tend to retreat, regroup, and keep on fighting. They did exactly the same thing with Napoleon Bonaparte’s invasion in 1812 and resisting Nazi Germany in 1941-43. Even though they are the invaders now, I think they will do the same in 2022…and 2023?

The other issue for Europe is the cost of energy, which is extremely high and volatile, not only because of the blown-up Russian pipelines, but because of miscalculated efforts to de-carbonize the European energy supply. The Chinese have been helping to hold energy prices lower with their COVID lock-downs, but that can change in a heartbeat if the lock-downs end and China ramps up its industrial engine again. 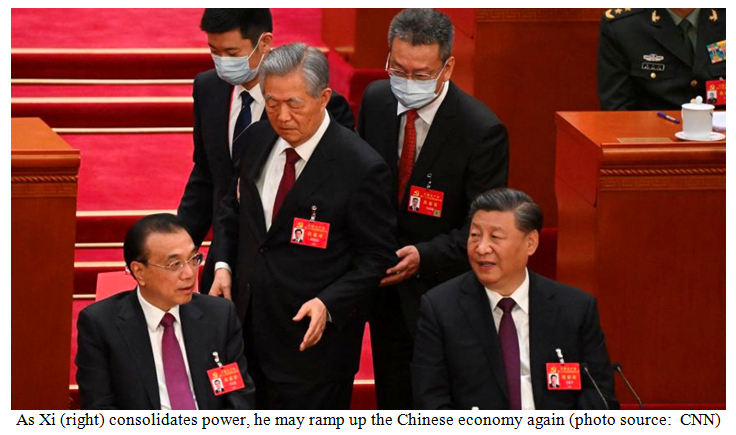 Also, there is an attempt to cap the price of Russian oil, which would require the Russians to agree to the cap, which they won’t. What happens if the Russians keep selling oil at a discount to friends in China and India and stop selling to Europe? A super spike in the price of oil will result, because sanctions can backfire spectacularly on the global economy – while not doing anything to stop the war in Ukraine.

Sector Spotlight by Jason Bodner
How Do We Value Beaten-Down Stocks?