Provided the pandemic is winding down, I think Powell would like to see the 10-year Treasury rate above 2%. It will cool down the real estate market, it might push stock prices 10%-15% lower, and it may give the perception that the Fed is in control of the situation.

To be fair, hiking interest rates during a supply shock might be counterproductive, but there are plenty of things the Fed has already done to push inflation higher than it would otherwise be. The Fed has already helped the surge in home prices and stock prices, and Powell may be realizing that he has gone too far. 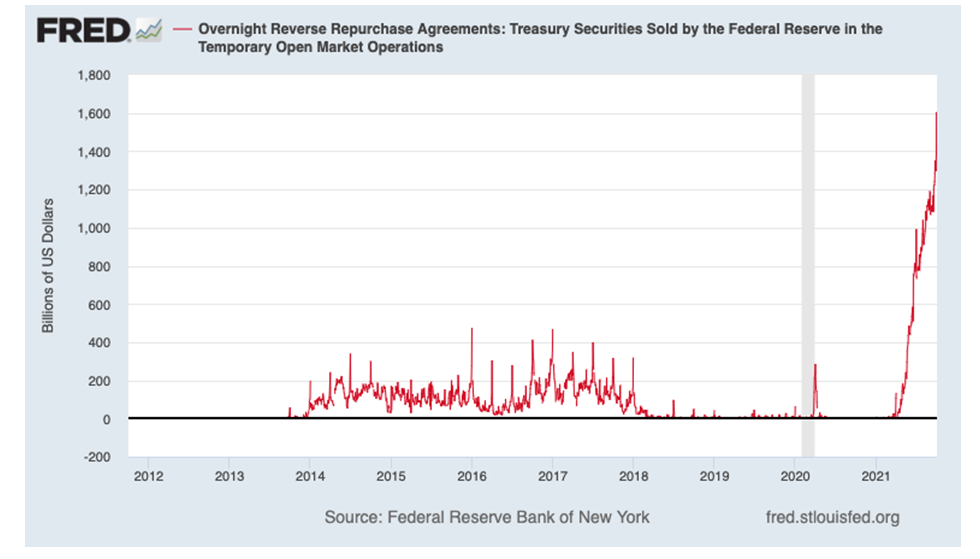 The system is flush with cash. At the end of September, the Fed’s overnight reverse repo facility had $1.6 trillion, which is a direct result of Fed open market operations. As Jerome Powell said on 60 Minutes last year: “We print it digitally…When the Fed balance sheet grows, money supply grows.”

This is technically true, but practically misleading. The monetary base, which is the narrowest form of money supply the Fed controls directly, is money for financial institutions only. They don’t spend it on groceries or on mail order goods; they spend it primarily on fixed income instruments or lend it to the economy – if there are good loans to make. Lending growth now is weak, so this money ends up in various fixed income instruments, compressing credit spreads and depressing yields.

The Fed intends to aggressively taper the infusion of electronic dollars into the system at a rate of $15-$20 billion per month. I think we are already seeing the positioning for this tapering in both stocks and bonds. Increasing that taper rate can push rates higher and stocks lower.

When the Fed is compressing credit spreads, it is also supporting the stock market. In the near future, I suppose it plans to support it less via tapering. 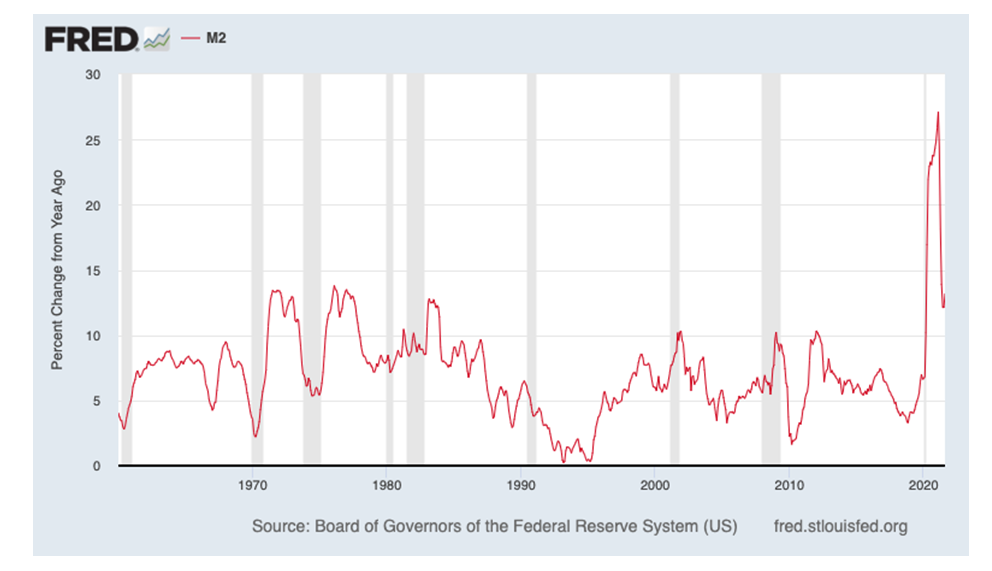 Since government guaranteed lending is being phased out, this formerly soaring measure of money supply has dropped from growing at a 27% rate in February 2021 to 13.5% at last count. Since lending growth is weak and shrinking in the banking system, I think M2 will shrink some more.

If the supply bottlenecks abate in the next six months – and that is a very big “if” – inflation should moderate, with decelerating M2 growth. In the meantime, to get a handle on the inflation situation, Powell likely wants 10-year Treasury yields higher, towards 2%. His language (given his hawk-like FOMC press conference) and his actions (the coming tapering) can do a lot to help Treasury yields reach that level.

While the Chinese Communist Party (CCP) keeps a tight lid on any information leaking about Evergrande debt, one thing is sure: There are 60 million empty apartments in China held as “savings accounts,” as the Chinese like to store money in real estate and watch it appreciate. Anything that is done to reduce the flow of credit towards the real estate sector – like Chinese high yield bonds trading at levels higher than during the COVID crash in March 2020 – can cause the Chinese real estate market to roll over. 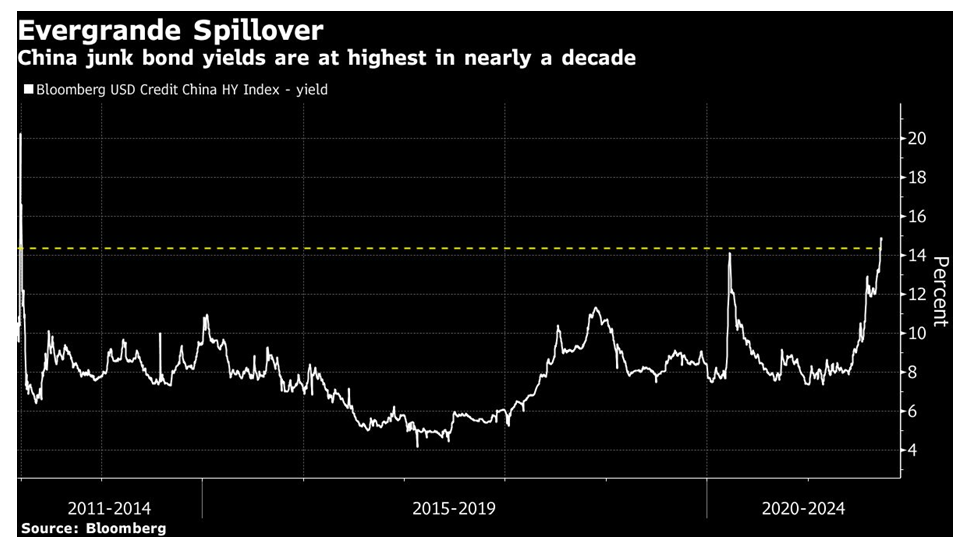 I don’t believe Comrade Xi wants to see the real estate market crash, as that may change the Politburo’s view on his “President for Life” campaign. The Politburo has been known to change Presidents before, and in order to pin the blame on somebody for a real estate crash, they may point directly to Comrade Xi.

We have had plenty of potential crises in China in the last decade. Each failed to topple the overleveraged system, including a spectacular crash in China’s stock market in June 2015. Because more people are invested in real estate than stocks, the potential for an economic domino effect is bigger this time around.

Sector Spotlight by Jason Bodner
Did Friday October 1 Begin a New Phase in the Market?