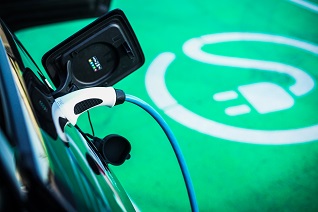 I should add that in Europe – the hottest market for electric vehicles (EVs) – Tesla is only third in sales this year, since both Renault and VW have been market leaders with less expensive EVs. Tesla is not selling its hot Model Y yet in Europe, so it should be able to boost its market share in the upcoming quarters, despite the fact that VW’s new iD.3 and iD.4 are expected to be the market leaders in 2021.

Also notable is that battery manufacturers LG Chem and Samsung are in the process of upgrading the cathodes on their lithium batteries to boost output and range to compete with Tesla’s innovative 4680 battery that will be used in its “plaid” models, Cybertruck, and its German-built Model Y in 2021.

Due to all these EV developments, I believe that VW Group will become the global volume leader in EVs next year, but Tesla is putting up a good fight. GM is also a player, with the debut of its pricy Hummer EV Edition 1 last Tuesday. Its 2022 model sold out in an hour, despite costing $112,595, so GM is going for profits over market share, despite the fact that a new Bolt and Bolt SUV are now under development.

So as overall EV market share expands, especially in Europe, the next question is how fast Tesla’s regulatory tax credits will fizzle. I noted that Tesla’s third-quarter tax credits declined compared to the second quarter, despite significantly higher vehicle sales. As a result, as more EVs are produced, it appears that the value of these Tesla tax credits could steadily decline in future quarters.

Navellier & Associates owns Netflix in managed accounts and Tesla in an account per client request but does not own VW Group.   Louis Navellier and his family do not own Tesla, or VW Group but they do own Netflix in a personal account.

The Wall Street Journal last week released an interesting study about how national FICO credit scores actually rose during the pandemic. That fact goes against all common sense, but American families have been saving money and paying down debt. Naturally, this paints a very healthy picture of the American consumer, since FICO scores typically rise as debt is paid down. The fact that consumer spending is also at a pre-pandemic high and FICO scores have risen bodes well for continued strong consumer spending.

On the other end of the statistical spectrum, some financial networks continue to discuss the sad fact that many renters are at risk of being evicted, while almost 7% of homeowners are behind on their mortgage payments, which indicates that another stimulus package is desperately needed. This kind of downbeat statistic makes the news more than the positive credit scores since bad news sells better and is good for television ratings; but after the Presidential election, the news media may become much less polarized.

On Wednesday, the Fed released its latest Beige Book survey, which reported “slight to modest” growth across all 12 Fed districts. The Beige Book survey also reported that employment levels were growing across the country, but at a slower place. The manufacturing sector remained healthy, but the service sector, especially restaurants, were struggling due to Covid-19 restrictions. Overall, the Beige Book survey was positive, but painted a picture that the economic recovery was losing its momentum.

Speaking of momentum, the Atlanta Fed raised its third-quarter GDP estimate to an annual rate of 35.3%!

On Thursday, the National Association of Realtors announced that existing-home sales rose 9.4% in September to an annual rate of 6.54 million, the highest annual rate since May of 2006. In the past 12 months, existing home sales have risen a whopping 20.4%!  The median home price in the past 12 months has risen 14.8% to $311,800, the highest median price increase in the past 15 years. The inventory of existing homes for sale at the current annual sales pace is now at an ultralow 2.7-months’ supply, which is the lowest level ever recorded. Clearly, record low mortgage rates are stimulating existing home sales.

Continuing unemployment claims also improved, declining by 1.02 million to 8.373 million, which is a post-pandemic low and substantially better than economists’ consensus expectation of 10.02 million. Overall, the unemployment news was very positive, an indication that people are returning to work.