The month of October is living up to its reputation of being volatile and subject to headline risk – since the China Phase One agreement and the Brexit agreement are hardly “done deals.” China wants more trade talks before committing to the terms laid out in Washington, and the House of Commons offered little detail on when, or even if, Britain will finally exit the European Union. Adding to the geopolitical uncertainty, Hong Kong is descending into violent chaos, and hostilities in the Middle East never cease.

Geopolitics and trade tensions aside, there has been an ongoing debate about how long this longest-running bull market can extend itself. While much of the developed world outside the U.S. is enduring economic contraction, with Europe officially in recession, the U.S. continues to be a bastion of steady growth, albeit not without some recent slightly softer data in factory orders, retail sales, and home starts.

In the first week of October, the S&P 500 shed 130 points after the PMI and ISM numbers released were notably slower, This past week, the softer retail and housing data for September came off of very strong data for August, so the consumer taking a breather before the holiday shopping season is fully understandable. By and large, the domestic economy, driven by consumer activity, is healthy and accounts for why the S&P 500 is challenging its all-time high for a third time in as many months.

The rally in interest rates that inverted the yield curve twice this year has kept a solid bid under recession-resistant sectors – namely utilities, REITs, and consumer staples. And with all the negative press from the financial media that wants to talk down the Trump economy, it’s no wonder many investors are nervous if not outright fearful of a sudden economic slowdown that might catch the market off guard.

Against this narrative, there are some fairly positive developments within the broad market. When looking at which sectors are leading and which are lagging, there are three standouts that are surprisingly strong, leveraged to an economy that is expecting a pickup in growth – and these deserve our attention.

Current Market Leadership Should Raise Hopes of a Year-end Rally

Here’s what’s most interesting now. If the economy were in the beginning of (or in the midst of) a protracted slowdown, we wouldn’t be seeing the financial, semiconductor, and U.S. home construction sectors breaking out to the upside. And the moves higher from these three economically sensitive sectors aren’t coming at the expense of the defensive sectors.

First off, a robust labor market and steady wage gains coupled with low inventory and record low mortgage rates are fueling the fastest growth rate in new home starts in over a decade – in a labor market in which finding skilled workers to fill demand is the #1 challenge for home builders. Stocks of home construction companies, materials suppliers, appliance makers, and homebuilding retailers are up across the board, many reaching new all-time highs, as reflected in this leading homebuilders ETF: 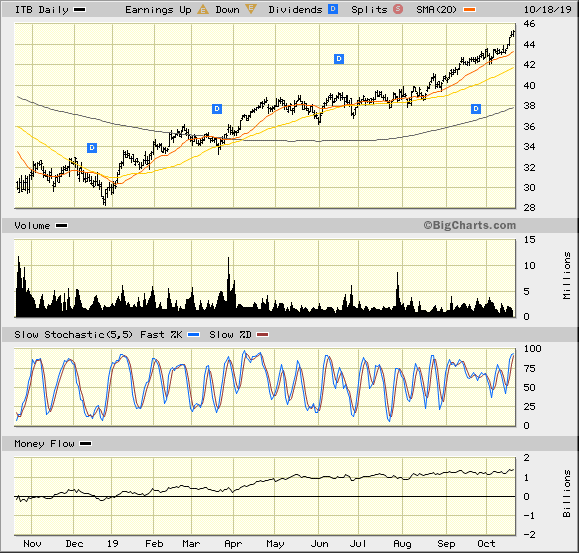 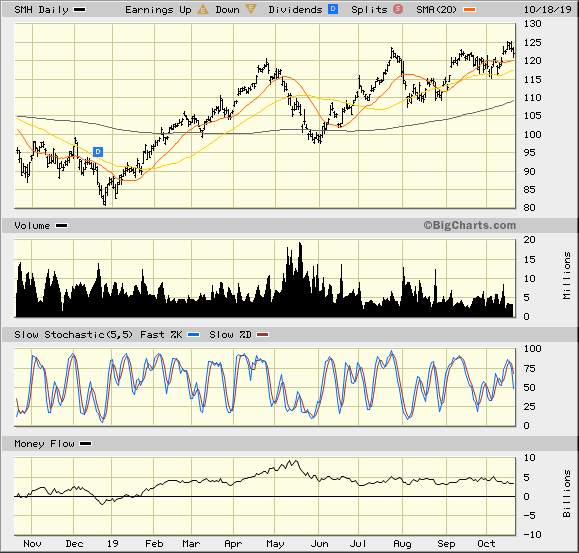 And then there is the rally in the financials that is just now looking like it might be getting up a head of steam. JPMorgan, America’s most elite bank, traded to a new all-time high last week after posting strong third-quarter results. CEO Jamie Dimon has a lot to smile about as JPM is not just the biggest U.S. lender by assets, but also has managed to grow both revenue and profits faster than its competitors.

Dimon attributed the strength of operations to strong consumer spending, credit trends staying solid, and very healthy business activity. These don’t sound like words of caution coming from the most respected banker in the world, but rather they are words of optimism for not just his bank, but for the industry. 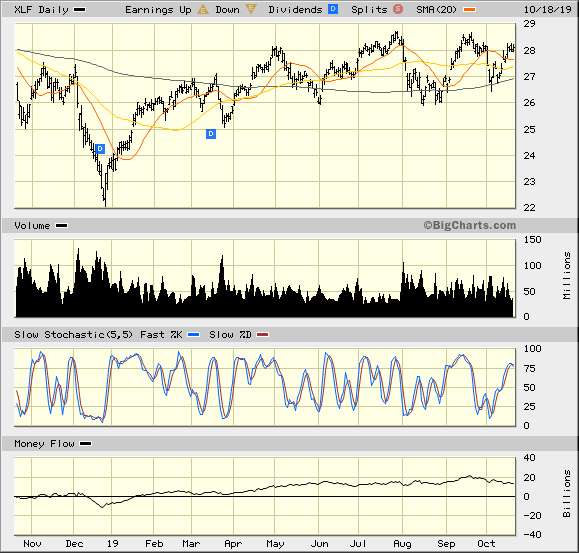 The strength being exhibited in these three sectors is impressive because they signal a pickup in economic activity that should extend the bull market for at least another two years. Under this assumption, stocks of companies with strong histories of growing dividends trading at reasonable P/E ratios should not only lead the market to new highs, but also outperform high-beta growth stocks that have come under attack.

The bull market is taking on a different look, and from the type of sector rotation now underway, it’s a healthy development that should keep the S&P 500 moving up for the rest of 2019 and well into 2020.