Our friends at Bespoke Investment Group last week issued a fascinating report on the trading history for SPY, the oldest and largest ETF based on the S&P 500. Since 2018, it turns out that SPY went up 21.4% after market hours but declined 8.7% during market hours. In theory, if you bought SPY at the close and sold it at the opening since 2018, you would be up 30.1% (21.4% + 8.7%) due to these price anomalies.

These ETF price anomalies were especially acute in the declining market during the fourth quarter of 2018, causing arbitrage traders to buy at the close and then sell at the opening to capitalize on wide ETF spread prices, which essentially deepened the stock market correction in the fourth quarter of 2018, despite record sales and earnings announcements for the S&P 500.

As a result, I monitor ETF spreads for SPY and other ETFs as a kind of “EKG” for the stock market, since when these ETF spreads are wide, it can trigger arbitrage trading and a stock market correction.

The good news is that so far in 2019, Bespoke reported that SPY has risen 7.4% after market hours and 10.2% during market hours, so there in no longer any significant price anomaly on SPY. Furthermore, the ETF spreads on SPY and other major ETFs are currently a lot tighter and more orderly.

Based on this EKG indicator for the stock market, there is no sign of an impending market heart attack (i.e., a serious correction, like last December) or excessive arbitrage trading. In other words, the coast is clear for a nice year-end rally – as usually happens in the fourth quarter, during the next 10 weeks.

On Wednesday, the Commerce Department announced that retail sales declined 0.3% in September, which was substantially below economists’ consensus estimate of a 0.3% increase. This represents the first decline in retail sales in the past seven months and was largely due to a 1% decline in vehicle sales. 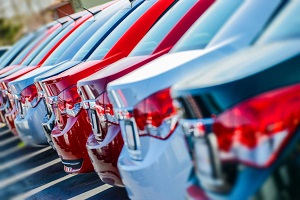 Interestingly, auto dealers reported a sales increase in September, so median vehicle prices must have fallen. I should add that the GM strike may have impacted vehicle prices, since some expensive luxury trucks and SUVs are no longer being manufactured. Excluding vehicle sales and a 0.7% sales decline at gasoline stations, September’s retail sales were essentially flat. The good news was that August’s retail sales were revised up to a 0.6% increase, up from 0.4% previously estimated. Overall, the details of the September retail sales report were marginally positive, but the weak headline may coax the Fed to cut key interest rates 0.25% at its upcoming October 29-30 Federal Open Market Committee (FOMC) meeting.

Finally, the Conference Board announced on Friday that its index of leading economic indicators (LEI) declined 0.1% in September, its second straight monthly decline, but that is a miniscule decline that only gives the Fed another excuse to cut key interest rates 0.25% at its upcoming FOMC meeting next week.