Even though China dominated the news last week, I want to talk about Brexit first. Last Tuesday, the President of the European Council, Donald Tusk, tweeted that “What’s at stake is not winning some stupid blame game. At stake is the future of Europe and the UK as well as the security and interests of our people. You don’t want a deal, you don’t want an extension, you don’t want to revoke; Quo vadis?”  I think it is safe to say that British PM Boris Johnson has gotten under Donald Tusk’s skin!

It was widely reported that German Chancellor Angela Merkel had rejected Boris Johnson’s latest offer to exit the European Union (EU). Since Britain pays a substantial proportion of the EU’s bills, a no-deal Brexit without billions going to the EU would likely result in the layoffs of many bureaucrats and explain Donald Tusk’s frustration. On Friday, the EU said it agreed with Britain to intensify Brexit negotiations, which caused the British pound to rally and raised hope that Brexit may finally happen on October 31st.

What is also frustrating EU leaders is that mighty Germany is slipping into a recession. Specifically, Germany’s Federal Statistics Office reported that factory orders declined 0.6% in August, which was substantially below economists’ consensus estimate of a 0.2% rise. Even worse, in the past 12 months, German factory orders have declined a whopping 6.7%. A 2.6% decline in domestic orders in Germany in August was largely responsible for this drop in factory orders, since foreign orders rose by 0.9%.

I should add that Europe’s “Extinction Rebellion” conducted mass protests and blocked traffic in London, Paris, and many other European cities last week. Since this Extinction Rebellion movement and the Green parties are big in Europe, it is expected to dramatically transform the vehicle industry, which is striving to convert to electric vehicles as quickly as possible, since non-electric vehicles are increasingly banned in city centers. As a result, a peak in worldwide crude oil demand may occur in upcoming years as crude oil prices are expected to fall back to within a $40 to $50 per barrel range in the upcoming months.

Interestingly, in September, OPEC reported its biggest drop in output in 17 years, due to the drone attacks on Saudi Arabia’s crude oil facilities. Nonetheless, due to weak seasonal demand as well as record U.S. crude oil production, crude oil prices continue to decline steadily. A global economic slowdown is also weighing on crude oil prices. The Energy Information Administration reported that U.S. crude oil inventories rose for the past four weeks, which should continue to put downward pressure on oil prices.

Last Friday, an Iranian crude oil tanker was damaged in a reported missile attack 60 miles off the coast of Saudi Arabia. There has been no comment from Saudi Arabia, which is still moving forward with its Aramco IPO, so whether or not this tanker attack was real or not is suspect, since it might have been a futile attempt by Iran to temporarily boost crude oil prices as well as interfere with the Aramco IPO.

China May Have “Blinked” in the Latest Tariff Negotiations 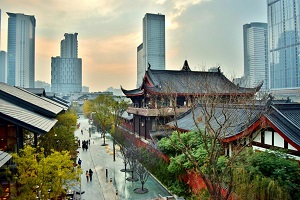 China’s top trade delegation descended on Washington DC last Thursday. That is the good news. The bad news was that earlier in the week, China retaliated against the NBA by suspending pre-season broadcasts after Houston Rockets General Manager Daryl Morey briefly tweeted support for pro-democracy protests in Hong Kong. Furthermore, the Trump Administration put 28 Chinese companies on a “blacklist” for their alleged human-rights violations against Muslim minorities. Finally, the Trump Administration was reportedly looking at banning investment by U.S. pensions in selected Chinese companies. This last tidbit would be devasting to many Chinese companies, since they are widely held by many U.S. pensions.

This posturing by both China and the U.S. leading up to the trade negotiations last week was very serious. As in previous trade meetings, the U.S. continues to have the greater leverage, but “shaming” China into trade concessions is not the best way to get their trade delegation to agree to U.S. concessions.

In the end, the Trump Administration’s “tit for tat” tariffs on Chinese imports forced China to finally make some concessions. Specifically, after meeting with Chinese Vice Premier Liu He on Friday, President Trump said, “We’ve come to a very substantial Phase One deal with China.”  This Phase One deal includes addressing Intelligential Property protection, Financial Services, and up to $40-$50 billion in Agriculture Products. It will apparently take three weeks to complete the written agreement for the Phase One trade deal with China. As a result, Chinese trade concerns are now ebbing. The higher 30% tariffs scheduled to kick in on October 15th are now suspended, although existing tariffs remain in place for now.

In the meantime, the trade war has not resulted in any meaningful inflation. On Tuesday, the Producer Price Index (PPI) declined 0.3% in September, substantially below economists’ consensus estimate of a 0.1% increase. In the past 12 months, the PPI rose 1.4%, the lowest 12-month gain in three years. On Thursday, the Consumer Price Index (CPI) was unchanged in September. In the past 12 months, the CPI has risen 1.7%. Due to the lack of inflation in the September PPI report, a Fed key interest rate cut at its late October Federal Open Market Committee (FOMC) meeting is becoming increasingly likely.

Fed Chairman Jerome Powell said in a speech on Wednesday that the Fed will soon increase it purchases of short-term Treasury securities in order to prevent the reoccurrence of the spikes in overnight rates that caused the Fed to recently implement repurchase agreements. The Fed stopped shrinking its balance sheet in August, but its bank reserves have continued to decline, which in turn temporarily caused overnight rates to spike. Chairman Powell said that the Fed’s goal “is to provide an ample supply of reserves to ensure that the control of the federal funds rate and other short-term rates is exercised primarily by setting our administered rates and not through frequent market interventions.”  The Fed’s daily repurchase interventions were scheduled to expire on October 10 but will now continue through the second quarter of 2020. Some Fed experts believe that if the Fed builds a buffer of $150 billion to $250 billion in short-term reserves that it will be able to better control overnight and short-term Treasury rates.

The September FOMC minutes were released on Wednesday and revealed that “participants generally judged that downside risks to the outlook for economic activity had increased somewhat since their July meeting, particularly those stemming from trade policy uncertainty and conditions abroad.”  The big surprise in the FOMC minutes was that the Fed said the probability of a recession “had increased notably in recent months.” The FOMC minutes also said that “softness in business investment and manufacturing so far this year was seen as pointing to the possibility of a more substantial slowing in economic growth than the staff projected.” Translated from Fedspeak, it appears to me that the FOMC is paving the way for an announcement that they will cut key interest rates further – as long as these concerns persist.