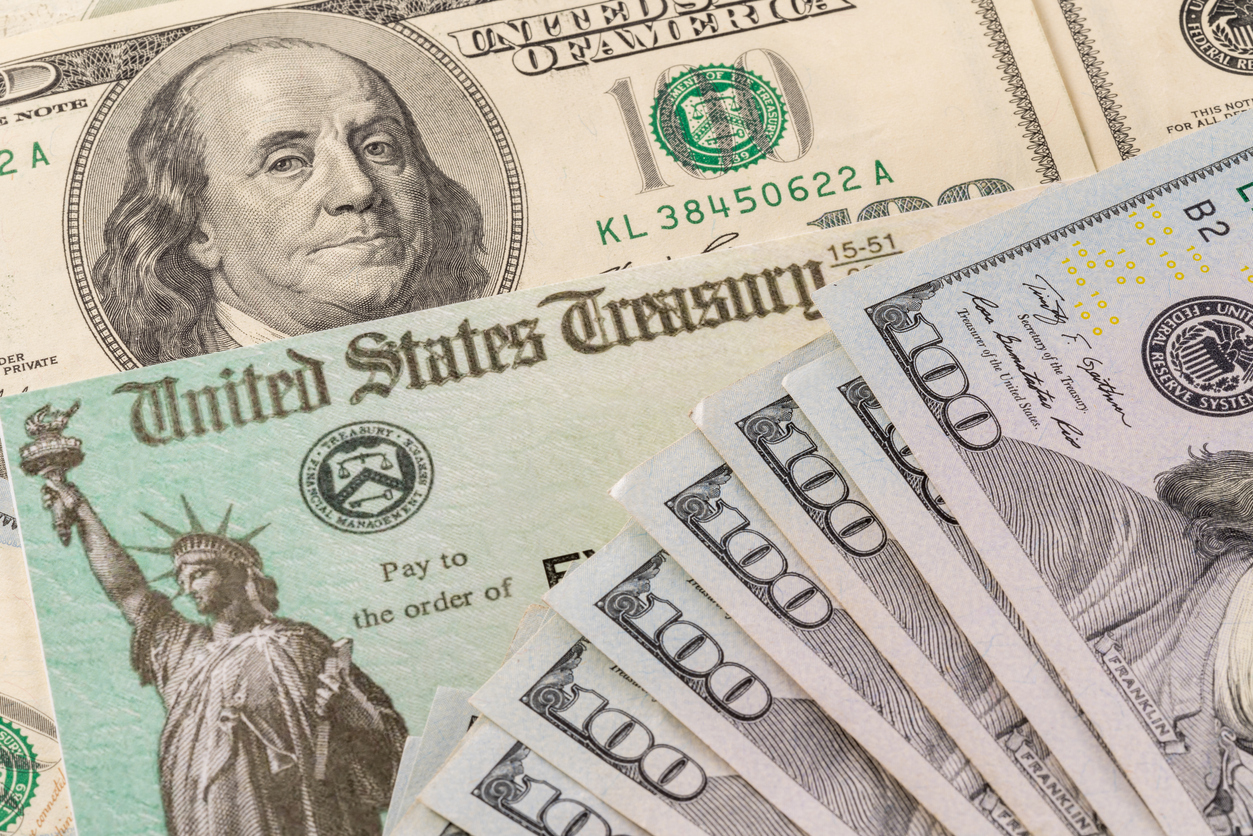 Last Tuesday, President Trump abruptly cut off all talks on a second stimulus package but said that he would take up the issue after Election Day. It’s safe to say that President Trump and House Speaker Nancy Pelosi do not get along, so this abrupt cancelation was not surprising. President Trump remains focused on sending aid directly to voters, saying, “I have instructed my representatives to stop negotiating until after the election when, immediately after I win, we will pass a major Stimulus Bill that focuses on hardworking Americans and Small Business.” He did this because the most recent House bill contained $436 billion in aid for state and local governments, which President Trump called a “blue state bailout.”

There is no doubt that President Trump took immense pleasure in “sticking it” to Speaker Pelosi one last time when he cut off stimulus talks. However, the White House late last week then offered a $1.8 trillion second stimulus package, which included $300 billion in aid for state and local governments. Speaker Pelosi on Saturday dismissed the latest White House offer, which she described as “one step forward, two steps back.” Nonetheless, Speaker Pelosi said she is still “hopeful that progress can be made toward a deal.”  Speaker Pelosi and President Trump obviously love to torment each other, especially this month.

The Fed remains worried about Covid-19’s lingering impact on GDP growth and is arguing for another stimulus package soon. Specifically, Fed Chairman Jerome Powell called last Tuesday for continued aggressive fiscal and monetary stimulus for an economy that he said still has “a long way to go.”

In a speech before the National Association for Business Economics, Powell said, “Even if policy actions ultimately prove to be greater than needed, they will not go to waste.” Powell added that, “The recovery will be stronger and move faster if monetary policy and fiscal policy continue to work side by side to provide support to the economy until it is clearly out of the woods.” A Thursday Wall Street Journal editorial (“The Fiscal Federal Reserve,” October 8, 2020) called this talk, “Powell’s extraordinary political intervention” and blamed him for “adding tax-and-spend politics to Mr. Powell’s mandate.”

The Economic News Continues to Be Mostly Positive

It was a light calendar of economic statistics last week, but the Labor Department on Thursday announced that new claims for unemployment in the latest week declined slightly to 840,000, down from 849,000 in the previous week. This was slightly disappointing, since economists were expecting a drop to 820,000.

The good news was that continuing unemployment claims in the latest week declined to 1 million to 10.98 million, which is the lowest level since late March. Furthermore, people getting both federal and state aid for the coronavirus pandemic also declined by one million in the latest week to 25.5 million. Overall, despite some high-profile layoffs, the unemployment situation continues to improve steadily.

Turning to the global economy, the International Monetary Fund (IMF) on Tuesday said that the outlook for global economic growth has improved amidst evidence of global trade picking up faster than expected. Specifically, IMF Managing Director Kristalina Georgieva cited the fact that imports of consumer goods to U.S. consumers reached pre-pandemic levels, saying, “The picture today is less dire.”  She added that, “We now estimate that developments in the second and third quarters were somewhat better than expected, allowing for a small upward revision to our global forecast for 2020.”  The IMF will update its global GDP forecast on October 13th and virtually all economists expect an upward revision.

Growth Mail by Gary Alexander
The Market “Reads History,” So it isn’t That Depressed by 2020

Sector Spotlight by Jason Bodner
Wait and Watch a While: The Second Mouse Gets the Cheese