What could go wrong in this market? First, some high-flying stocks and sectors are vulnerable. As the stock market has moved higher, short covering has caused a “bubble” to form under Tesla, which could be pricked at over 10 times sales and over 76 times forecasted 2020 earnings – especially if Tesla suffers disappointing sales (U.S. sales dropped 39% in the third quarter, although the Model 3 international sales surged), or poor guidance or another earnings miss, like Tesla had in three of the last four quarters.

Second, technology, financials and healthcare are the sectors that propelled the S&P 500 higher in the fourth quarter, so a positive showing by Democratic candidates Bernie Sanders or Elizabeth Warren in New Hampshire or on Super Tuesday could “spook” healthcare companies, while rising interest rates or any warning from a big technology company could spoil the party. Finally, I fear that ETF spreads could widen excessively, making arbitrage traders return to spook investors like they did at the end of 2018.

All good bull markets “climb a wall of worry,” and this is what worries me, but I really do not see any major risk, since not only are we in the midst of an improving economic environment, but we are also in a Presidential election year, when the candidates run around promising everything to voters, which tends to raise both consumer and investor confidence. Like FDR said, the primary thing to fear is fear itself.

So far, the stock market has been very good at ignoring distractions, like Brexit, the impeachment process and even record-high UFO sightings (likely caused by drones, balloons, super bright communication satellites, and the official release of the videos of Navy fighter jets chasing “tic tacs”). I should also add that the Yellowstone Steamboat Geyser erupted a record nine times in 2019. Since it is the tallest geyser in the world at up to 300 feet, it has caused some concerns of a possible volcanic eruption from magna moving, but since Yellowstone scientists are not concerned, we should not be concerned much, either.

As always, we should try to control our own destiny by owning fundamentally superior stocks that we can expect to post strong sales and even stronger earnings, due to their profit margin expansion, better than expected earnings results and positive guidance. Then, all we need is the staying power to wait for the fireworks associated with each positive quarterly announcement season.

Other threats continue, but they should not impact the market in a major way. Despite a civil war in Libya, a possible Russian annexation of Belarus, continued chaos in Venezuela, Iran’s internal revolution and North Korea’s mysterious missile threats, the stock market is very good at ignoring virtually all international events, unless they directly impact the commodity or financial markets. The truth of the matter is that economic sanctions have generally replaced major military operations, as in Iran, North Korea and Venezuela. China realizes that all too well from dealing with the Trump Administration.

It is important to remember that there will continue to be flare-ups and distractions, as last week’s events in the Middle East demonstrate. The proxy wars that Iran conducts through its surrogates, like Kataeb Hezbollah, will likely continue to be aggressively responded to with drones and airstrikes. As far as the stock market is concerned, this incident was largely ignored, which is a good sign that investors remain focused on peace and prosperity in the U.S., and not on every headline and external distraction.

However, on Thursday, the assignation of Iran’s top general, Qasem Soleimani, now has the world on edge, since Iran has vowed to “turn day into night” in a retaliatory strike. U.S. civilians are being advised to leave Iraq and other regions where Iran may retaliate. Naturally, our allies, like Israel, are also on high alert. Overall, these “proxy wars” that Iran likes to instigate through surrogates (like Hamas, Hezbollah, etc.) will likely persist, but the response from the U.S. and other allies will likely be even stronger, so an eventual resolution of Iran’s terrorist activities may be eventually squelched in the next few years.

Under President Bill Clinton in the 1990s, the stock market benefitted from a “peace dividend” and the same thing may be happening again. The fact of the matter is that the world has become a very small place as international trade has boomed, so major military conflicts are becoming increasingly scarce.

Another way to put the U.S. situation into perspective is that the mass protests that have become all too common in France are virtually unthinkable here in the U.S., since as soon as workers have a good job, they are much less likely to protest. The longest GM strike in 50 years, in late 2019, resulted in a new four-year labor deal, but it did not significantly reduce GDP growth. Overall, the U.S. workforce is largely too busy to strike, unlike France, where many government workers are still on strike.

What continues to make the U.S. great is that a majority (over 30) of our 50 states are very pro-business and constantly courting companies to relocate there. For example, Charles Schwab & Company recently decided to relocate its headquarters from California to Texas to cut costs in the current “zero commission” environment. This constant corporate courtship from pro-business states helps to promote prosperity, since our 50 states are acting as “economic laboratories.”

As I look forward, it is hard to not be optimistic. The U.S. has been re-inventing itself at an accelerated pace, which is causing productivity to rise, boost GDP growth and help to increase wages as well as personal income. In summary, please count me in the “optimistic” camp, versus the “pessimistic” camp.

Energy Stocks Might Rise and “Revert to the Mean” This Year 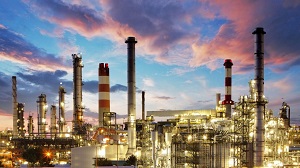 In the year-end performance derby, I noticed an interesting stock market anomaly. Apple’s stock soared 89% in 2019. Energy was the weakest sector in the S&P 500 in 2019, rising barely 6%, including dividends. As a result, Apple is now worth more than all of the energy stocks in the S&P 500 combined!

One reason for the “Apple versus energy sector” anomaly is that many “blue states” have banned fossil fuel investments, so there has been persistent selling pressure in energy companies from Environmental, Social & Corporate Governance (ESG) index products. Naturally, these ESG index promoters will be boasting that their ESG oversight performed better in 2019 by avoiding the energy stocks in the S&P 500.

Frankly, without energy, the U.S. economy would grind to a halt, including virtually all Apple products. Clearly, a bubble is forming under some stocks that are over-weighted in the S&P 500 (as well as the NASDAQ 100), while some stocks that are under-weighted are lagging the S&P 500, partially because they are excluded from ESG index products. The big news in 2020 may be a “mean reversion” in many energy stocks, especially now that the U.S. is the largest energy producer and exporter in the world.

In economic news, the Institute of Supply Management (ISM) on Friday announced that its manufacturing index declined to 47.2 in December, down from 48.1 in November. It is now at its lowest level in 10 years (since June 2009). Additionally, December represents the fifth straight month that the ISM manufacturing index fell below 50, which signals a contraction. The ISM production component plunged to 43.2 in December, down from 49.1 in November, which was indicative of Boeing’s 737 Max woes as well as a slowdown for some automakers, like GM. Furthermore, only three of the 18 industries surveyed by ISM reported an expansion, so there is no doubt that we are in a manufacturing recession.

The Conference Board on Tuesday announced that consumer confidence dipped slightly to 126.5 in December, down from a revised 126.8 in November. If there is a mild winter, however, consumer spending might be a bit better than expected. Regardless, consumer spending typically picks up in the spring as the weather improves, so I expect accelerating GDP growth in the upcoming months.

Navellier & Associates owns AAPL in managed accounts but does not own GM or BA. Louis Navellier and his family do not own BA or GM but they do own AAPL in personal accounts.