1.7.20: The Unintended Consequences of a Predator Drone Strike

That the imams in Teheran are not happy with the assassination of their beloved general in Baghdad goes without saying, but the unintended consequence is that the Iraqi government is also very unhappy, and the prime minister there has urged parliament to expedite the removal of foreign forces from their country.

The Sunday Washington Post quoted Iraq’s Prime Minister to that effect in the Sunday edition:

In an address to parliament, Prime Minister Adel Abdul Mahdi recommended that the government establish a timetable for the exit of foreign troops, including the members of the U.S.-led coalition to fight the Islamic State, “for the sake of our national sovereignty.” “What happened was a political assassination,” Abdul Mahdi said of the U.S. strike that targeted Iran’s elite Quds Force commander, Maj. Gen. Qasem Soleimani, as he traveled in a convoy near the Baghdad airport. He said that foreign troops were in Iraq to train its forces and help target remnants of the Islamic State “under the supervision and approval of the Iraqi government.” “Iraq cannot accept this,” he said. “No foreign troops are allowed to conduct their own military actions inside Iraq.”

Should PM Mahdi succeed in removing foreign troops from Iraq, his country will surely see rising Iranian influence and the very local Shiite militias that the late Qasem Suleimani was assisting will fill the void. The Iraqi army performed pathetically against ISIS but the Shiite militias with Iran’s help did a fine job, and so did the Kurds, who will also see rising influence and may finally declare independence, which will have a domino effect that could be hard to stop. There are 35-40 million Kurds split between four nations, one of them (Syria) in a very weakened position. If there are massive military operations against Iran, the Kurds in Iraq may very well seize the moment and finally get what they have been wanting for decades. 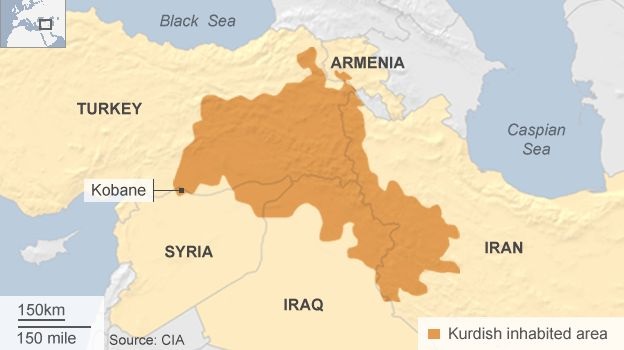 I do not believe the predator drone strike on Qasem Soleimani intended to increase Iranian influence in Iraq or help the Kurds declare independence, yet those are precisely the derivative effects on the horizon.

Implications for the Financial Markets

If this turns into a prolonged conflict, oil can go past $100. I don’t believe $100 oil kills the economic expansion here, but $200 is another matter, and it is also important how fast oil spikes and how long it stays elevated. 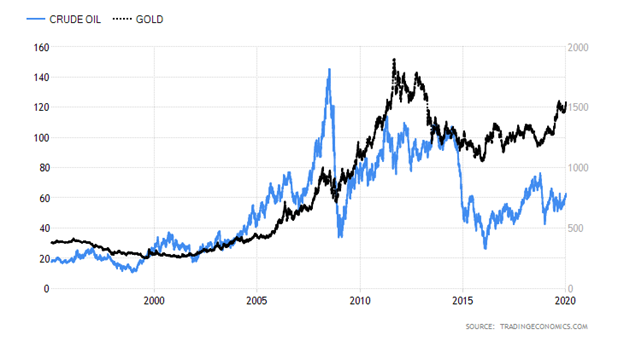 Graphs are for illustrative and discussion purposes only. Please read important disclosures at the end of this commentary

Gold was primed to run higher on the resumption of Fed’s QE that is slated to last until the end of Q2 2020. It was already moving up before the drone hit, but the attack will just make it move faster. Gold stocks may move too, but I have seen, in certain market conditions, how gold stocks go down while gold bullion moves up. This is because gold stocks are financial liabilities of operating companies while gold bullion is a hard asset. Fundamentally they are two different types of investments. There is also a big difference between a gold bullion ETF that has no convertibility into bullion as well as a gold bullion ETF that offers the hard metal in exchange for its shares. The ETF that offers convertibility is vastly superior. 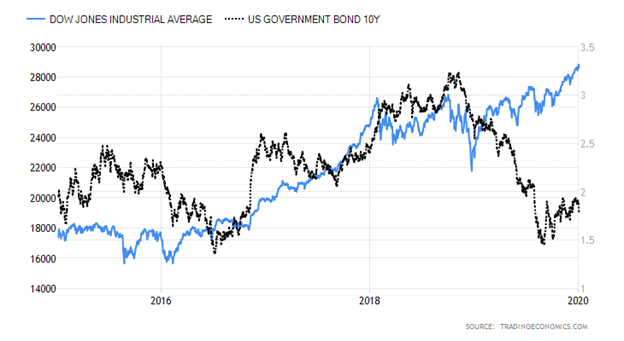 Graphs are for illustrative and discussion purposes only. Please read important disclosures at the end of this commentary

If this does not turn into a protracted military conflict, the stock market should rise this year, based on a good U.S. economy, even with a normal 5%-10% correction. If the drone strike launches a multi-month, dare I say multi-year, imbroglio, then all rosy forecasts are off. 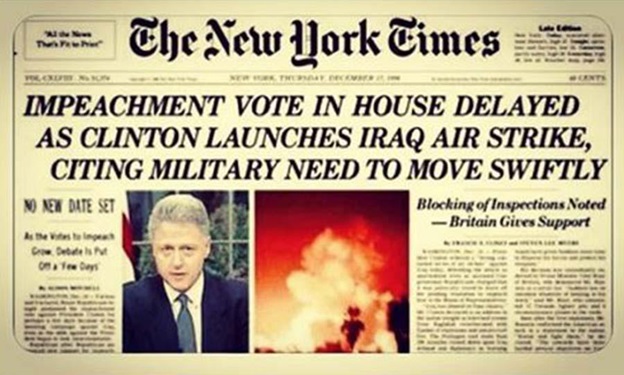 Since the U.S. President has been impeached, we can surely see some parallels with the military activities that coincided with the previous case of impeachment under President Clinton. For more, see Asia Times January 3, 2020 article “Is Trump Wagging the Dog in the Middle East?” The article quotes Wikipedia:

“Wag the Dog was released one month before the outbreak of the Lewinsky scandal and the subsequent bombing of the Al-Shifa pharmaceutical factory in Sudan by the Clinton Administration in August 1998, which prompted the media to draw comparisons between the film and reality. The comparison was also made in December 1998 when the Administration initiated a bombing campaign of Iraq during Clinton’s impeachment trial over the Lewinsky scandal.” 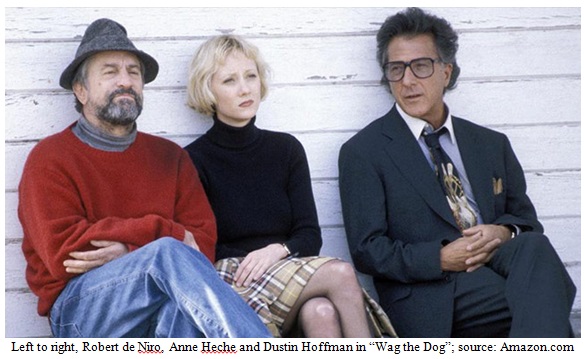 The film, “Wag the Dog” is about creating smoke screens during political scandals. It stars Robert de Niro (ironically, a severe Trump critic), Anne Heche and Dustin Hoffman (pictured above) delivering masterful performances with surreal parallels to the real world.

President Clinton used that playbook once. I sure hope President Trump does not follow him all the way, but it could already be too late, as the events of last week already have a momentum of their own.