In the 1999 smash hit comedy, Analyze This, mob boss Paul Vitti (played by Robert De Niro) walks into the office of psychiatrist Dr. Ben Sobel (Billy Crystal) to seek help for his panic attacks. For the better part of the film, he refuses to accept the world “panic” to describe his psychiatric condition – as well as the fact that his condition is a direct consequence of his violent lifestyle. A hilarious sequence of events unfolds after which Vitti has a corrective emotional experience and lands happily at Sing Sing prison. 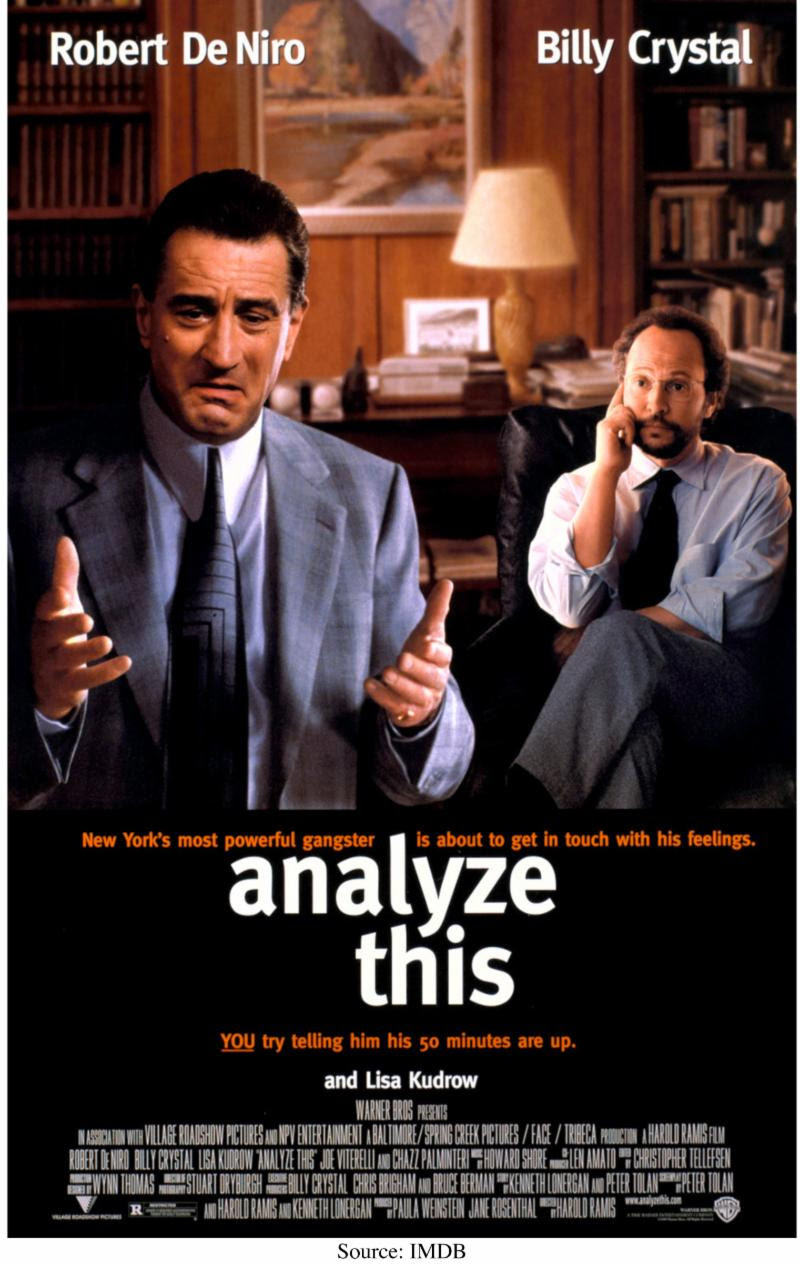 While there is hope in life, even for a diehard mobster like Paul Vitti, I am having trouble seeing light at the end of the tunnel for the great global experiment called quantitative easing. With $13 trillion of global government bonds now showing negative yields, the question that begs to be asked is how low is too low for interest rates and what is the end game? It is commendable that the Fed tried to normalize monetary policy, but such a maneuver is very difficult to do in a world where all of the other central banks are doing the opposite. Just as Fed policies affect the rest of the world – particularly due to the reserve currency status of the U.S. dollar – the opposite actions by other major world central banks also affect the U.S. economy, whether we like it or not. 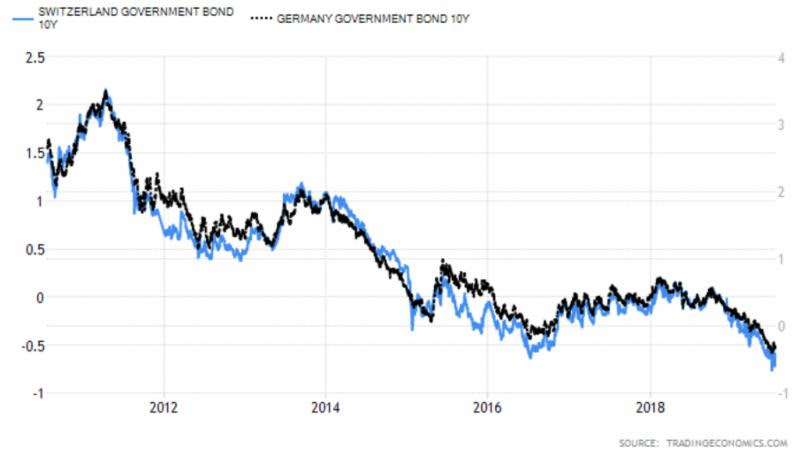 The 10-year Treasury note probably wouldn’t be at 2.05% today if it were not for the growing pile of $13 trillion in negative-yielding world government bonds, where investors chasing risk-free yields end up in the U.S. Treasury market, as there is nowhere else to go for positive yields. That global bank QE activity supports the Treasury market and the U.S. dollar, despite rising federal deficits due to the Trump tax cuts and despite the Fed’s QT. It would be difficult for the dollar to decline in an environment where QE policies are abundant globally while only the Fed is shrinking its balance sheet.

Quantitative easing is like printing money, but for financial institutions only. It differs from the Weimar Germany version of printing money as only banks have access to those electronic dollars, or euros or yen. As excess reserves are abundant in the system, they find shelter in government bond markets. In the U.S., QE worked as excess reserves first found homes in Treasuries and mortgage bonds and then trickled down to riskier fixed-income instruments. It’s like pulling the economy out of a deflationary hole by the force-feeding of credit into an overleveraged system that was otherwise going to deleverage naturally.

As credit spreads get narrower interest rates remain suppressed under QE, which helped riskier borrowers, who otherwise might default on their debts or not be able to roll over their debts. Also, under QE the Fed did monetize Treasury debt – one degree removed from outright monetization. Even if primary dealers bought newly issued Treasuries, at one time they knew that 80% to 90% of those newly-issued Treasuries would be immediately taken on by the Fed. That dynamic facilitated federal government deficit spending.

The question on monetizing federal debt did come up in many public hearings that Fed Chairs Ben Bernanke and Janet Yellen were part of on many occasions, and the answer always was, “That’s not why we are doing this!” Sure, that may not be why, but it did facilitate deficit spending at lower interest rates and with a guaranteed bid for new Treasury issuance.

Regrettably the same QE dynamic has not been able to produce similarly good results in Europe or Japan.

As the world awaits the Fed cutting the Fed funds rate by 25 basis points next week, the investor community, helped by global central bank QE policies, has already driven the 10-year Treasury yield from a high of 3.24% in early November to a low of 1.94% in June 2019, or a 130 basis point decline in just seven months. As far as I am concerned, the market has already delivered a heckuva cut in longer-term risk-free rates in the United States. One could say that the Treasury market is forcing the Federal Reserve to cut the Fed funds rate to become more in tune with market-driven rates, but are those rates really market-driven if global QE policies helped them get there?

So far, there has not been a 10-year government bond that has printed a negative yield of a whole percentage point, although there is one that has come close at -0.76% in Switzerland. Closely related to the Swiss bonds are the German bunds, which closed last week at -0.32%. Other 10-year government bonds with negative yields include the Netherlands (-0.21%), Japan (-0.13%), and France (-0.07%).

Will more countries join the negative yield club? It sure is possible as the European central bank did a U-turn on balance sheet normalization and Spain and Portugal 10-year bonds closed at 0.39% and 0.46%. Italy, which after its populist government victory last year saw its 10-year bonds yield as high as 3.78% due to friction with the EU over deficit spending has seen interest rates plummet last week to 1.61%.

The moral here is that central banks policy has its limits. Europe and Japan have some very serious structural and demographic issues that central bank policy alone cannot solve. I am worried that trying to do too much QE will backfire in Europe and Japan as administering more monetary medicine on a sick patient after it has not yet worked is probably not the way to proceed. For the time being, the dollar is likely to remain strong and return from U.S. financial markets should continue to be better than anything in Europe or Japan.