Stocks rallied going into last weekend’s G20 meeting, based on the broadening notion that President Trump and President Xi would meet, claim what “great friends” they are and then cut a deal that brings a whole new meaning to “kicking the can down the road.” But the latest downbeat economic data in China and the U.S. shows a slowing of growth, and much of the blame is being pinned on the trade war.

Opinions on this assertion vary widely, but Trump isn’t about to let this become a political narrative that risks his bid for re-election. As it stands, the current tariffs remain in place, but no new tariffs are being applied and U.S. suppliers are free to equip Huawei in the race to 5G dominance in return for sending China more boatloads of soybeans. For a guy who nominally authored “The Art of the Deal,” Trump had to reach into Melania’s make-up kit for a big tube of red lipstick to apply to this deal. Whatever leverage Trump had in heading to Osaka has been greatly watered down by bending on the Huawei question. 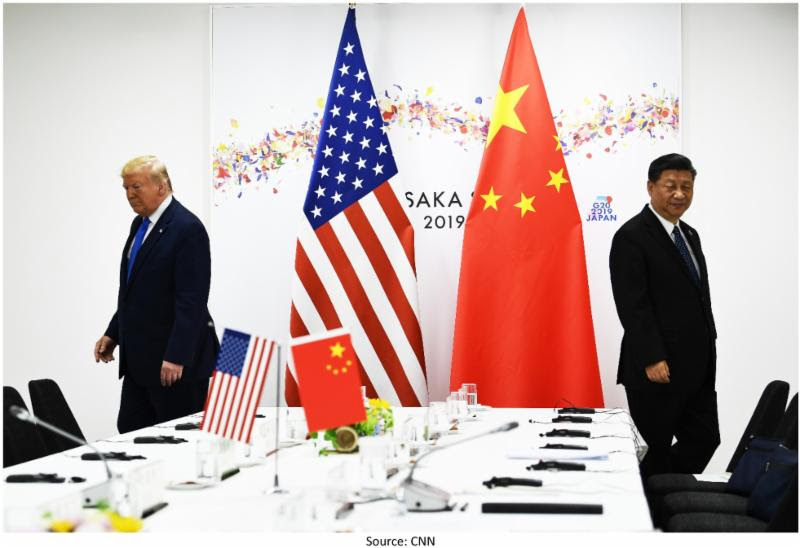 In the above photo, notice how the guy on the left has a scowl on his face and the guy on the right is all smiles. After posing for staged photographs with his counterpart at the sidelines of the G20, Mr. Xi said, “One basic fact remains unchanged: China and the United States both benefit from cooperation and lose in confrontation … Cooperation and dialogue are better than friction and confrontation.”

Translated, Xi seems to be telling the world, “nothing has changed with how China will operate going forward.” Both Xi and Trump bought time – time for Trump to win re-election, based on what he hopes will be a strong economy this time next year – and time for the U.S. economy to sag, giving Xi hope that Trump will lose in 2020. My guess is that if Trump wins and China continues to conduct its affairs in the same egregious manner as it has in the past, then Trump will take off the gloves in his second term.

Back to Business as Usual for the Stock Market

Investors will now turn their full attention to second-quarter earnings reports and the Fed. The next FOMC meeting is slated for July 30-31 – a full four weeks away. Before then, much data about the economy and hundreds of S&P 500 earnings reports will precede what the market sees as a virtual lock on at least a quarter-point cut in the Fed Funds Rate. Stocks have priced in the “trade truce” and Fed easing, but they may still push higher on relief buying, now that the threat of further tariffs are off the table.

Recent economic data suggests that Q2 earnings may come in ahead of the FactSet forecast of a -2.6% earnings decline, but Q3 forward guidance could be guarded. In the past two weeks, consumer confidence hit its lowest level in two years, new home sales declined, durable goods orders fell, consumer spending fell, and the Chicago PMI declined to 49.7 into contraction territory – for the first time in two years.

Looking forward, a lot of attention will be given to this Friday’s employment data to determine if last month’s big miss was a one-off or the beginning of a trend. Current estimates call for the economy to have added 180,000 jobs in June and the unemployment rate to remain unchanged at 3.6%. We will also get trade data and factory orders for May, both of which are forecast to worsen from the April data.

More importantly, it is becoming clear that the Fed is becoming increasingly anxious about persistently low inflation and sliding inflation expectations. The Fed has consistently failed to get inflation sustained at its 2.0% target despite a long-running stance of embracing some relatively accommodative monetary policy. Deflation is spreading around the world and, so far, equity markets are just fine with that trend. 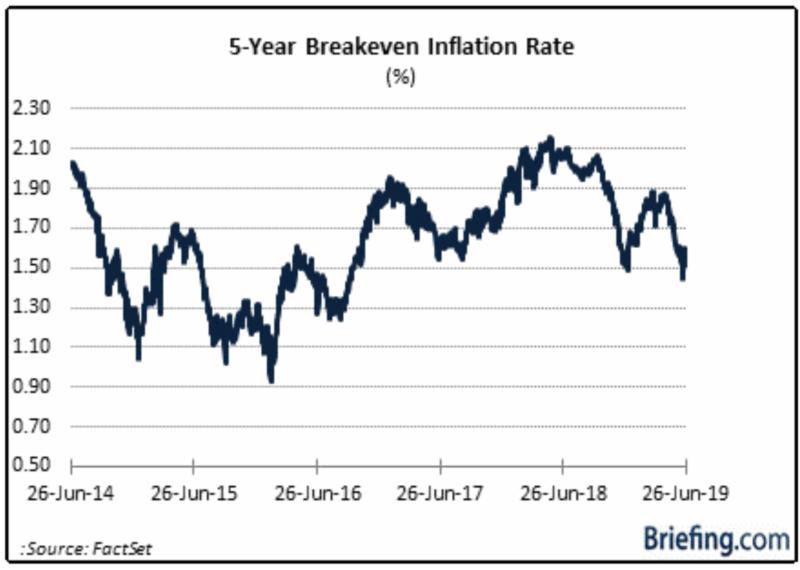 According to a recent Bloomberg survey, more than $11 trillion, or more than one-fifth of all investment grade debt, in world bond markets currently trade at negative rates. This means that holders of these bonds expect to lose money, and even more amazingly, these negative-yielding bonds continue to be issued in record amounts and buyers continue to buy them. At present, there are no less than 14 European countries offering negative sovereign yields, some of whose more notable 2-year notes are listed here. 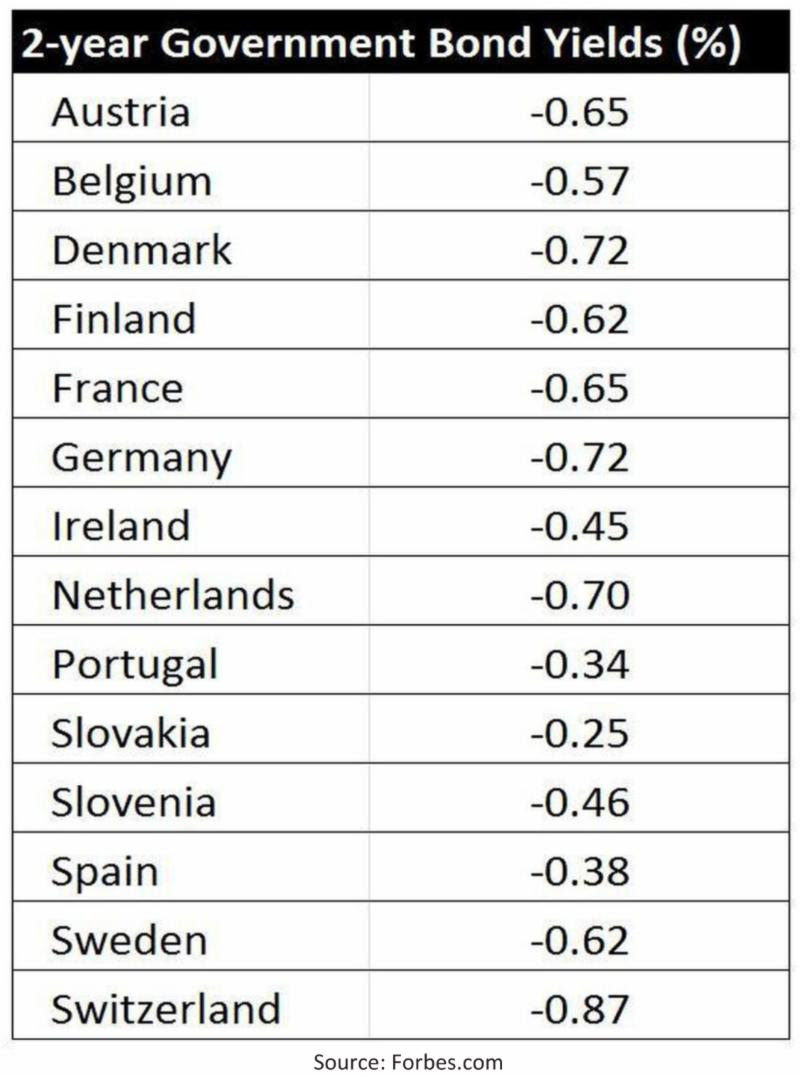 The normal tools of monetary policy – easing short-term rates and printing fantastic amounts of money – have failed to normalize longer-term rates and create inflation. It’s very hard to know the cause, be it “the Amazon effect,” global technological efficiencies, other forces, or some combination thereof. But because creeping deflation has the Fed’s full attention, it should have our attention also.

Low inflation and low interest rates provide rich oxygen for equities, and as long as these favorable conditions persist, we should see new highs for the major U.S. equity indexes.

At the same time, investors shouldn’t ignore what’s happening across the pond.