Today (July 2) marks the midpoint of the year – Day #183 of 365 – but the traditional midpoint is June 30, so let’s look back at the first half and marvel at the remarkable market resurrection we’ve witnessed.

On Christmas Eve 2018, the S&P 500 closed less than seven points from a bear market. Early December 26, the index dipped 20.2% beneath its September 20 peak but intra-day swings don’t count when it comes to christening bear markets. Nevertheless, it was a less than Merry Christmas as a stream of Wall Street pundits was pronouncing the death of this bull market (see “Whiff of Extinction Blows in Bull Market That Outlived Them All,” Bloomberg, December 25, 2018). The rally was “within a hairline of its end,” falling 19.8%, just shy of the 20% threshold for a bear market. Pundits spoke of the bull market in the past tense: “It was a remarkably long run,” said one. (Since then, the index is up as much as +26.3%.) 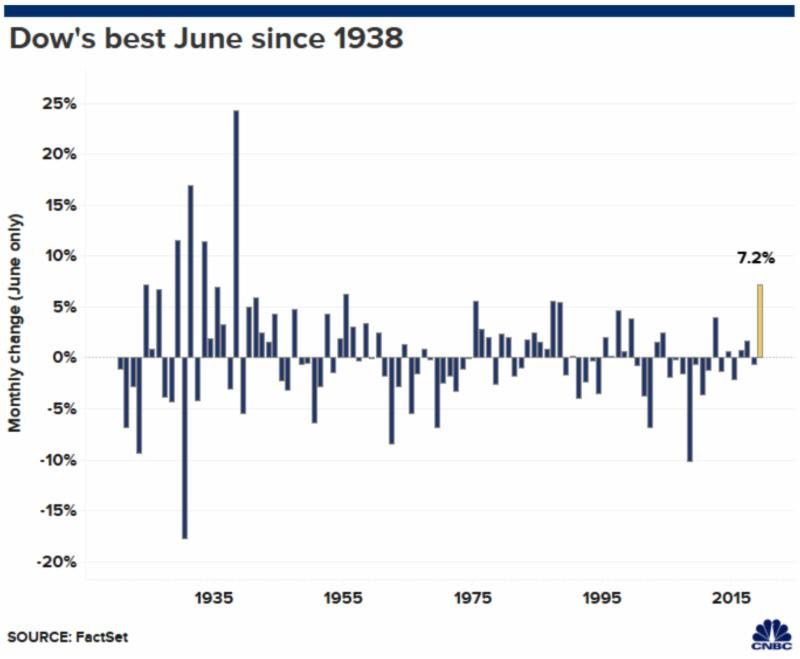 This stock recovery is even more surprising when you consider that net outflows from U.S. equity funds for 2019 totaled $41 billion through last Wednesday, according to Bank of America, citing EPFR Global data. Globally, the equity fund drawdown was $138.5 billion, including $71 billion in Europe. (This selling was offset by Jason Bodner’s data on “unusual institutional buying” over the last six months.) 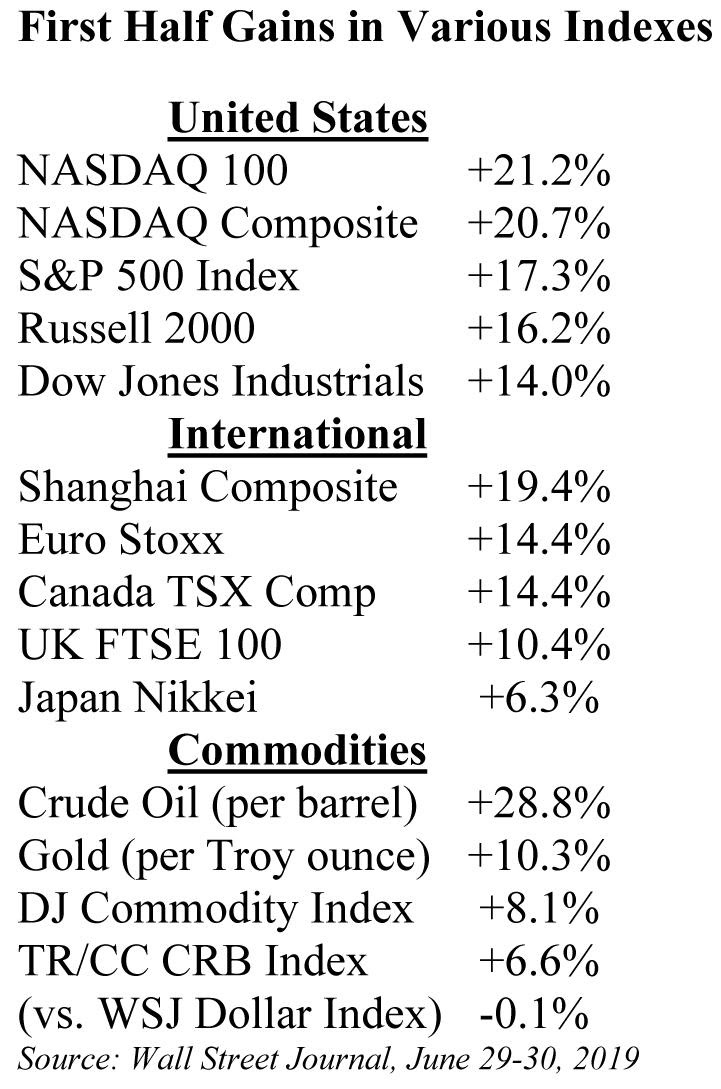 U.S. investment grade corporate bonds are also having a great first half as the average yield on U.S. investment-grade bonds fell to the lowest level since 2017 and Euro bonds hit record low yields.

On this mid-day of the year, July 2, 1776, the Continental Congress resolved that “These United Colonies are, and of right ought to be, Free and Independent States.” That Declaration of Independence, passed on this date, July 2, but it was not published until two days later, hence July 4th is our national holiday.

Four score and seven years later, on a field in Pennsylvania, July 2, 1863, it was the second day of the fight at Gettysburg, notably the Battle of Little Round Top, when this nation’s survival was in doubt.

Almost 70 years later, on July 2, 1932 (a Saturday), the nation seemed almost as divided, when Franklin Roosevelt became the Democratic nominee for President and the stock market was approaching its 20th Century low of 41.22 on July 8 before rising 31.6% in the next three weeks. In 1932, 25% of Americans were looking for work and unable to find it, while another 25% were under-employed. Wages (for those working) were 60% below 1929 levels. U.S. GDP had shrunk in half, and capitalism seemed to be dying.

The U.S. faces no such existential crisis today – despite bellicose warnings from those who apparently don’t know much American history – but there is a quiet crisis building at a snail’s pace, like a colony of termites gnawing into the superstructure of a glorious American economic machine – our growing debt.

Candidate Trump tweeted about this threat on August 6, 2015: “When you have $18-$19 trillion debt, they need someone like me to straighten it out.” On January 20, 2017, the day Trump took office, the debt was $19.9 trillion. Barely two years later, on Monday, February 11, 2019, the federal debt crossed $22 trillion, $2.1 trillion higher in two years that were entirely run by a Republican Congress under Trump’s leadership. And now we have a Democratic Congress and 20+ Democratic candidates promising to spend even more money, if elected, on a series of comically excessive plans of runaway benefits for everyone. 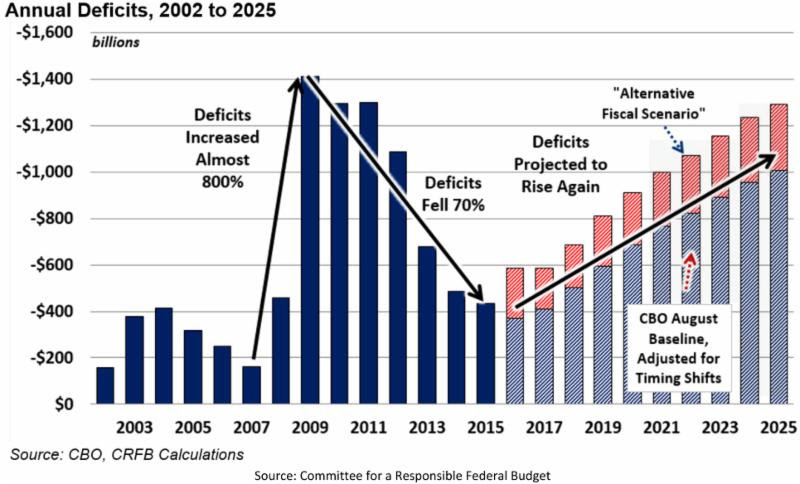 Trump’s rising deficits come in a booming economy, unlike Obama’s trillion-dollar deficits in 2009-12.

Last week, I asked you to “watch the debates tomorrow and (just for laughs) jot down all the times you hear miraculous promises” of “free everything.” I didn’t have the stomach to listen to all the debates, but Peggy Noonan’s weekend Wall St. Journal column summed up the expected spending auctions. The low point on Night 1 was a candidate promising (to wild applause) federally funded abortions (“reproductive justice”) to transgender females (born male) who somehow harbor a fetus but decide to abort it instead.

The national debt almost doubled under Obama. Trump scolded Obama on this debt increase and called for urgent action, saying: “We’re going to bring it down, big league and quickly.” He did not. Now, not a single candidate of either party (and very few journalists) mention the deficit. Some Republicans say that economic growth and spending cuts will grow revenues faster than spending. That happened in the past, with lower debts, a more disciplined Congress and larger growth rates – but it is not happening now.

The Committee for a Responsible Federal Budget calculates that it would take 4.8% annual growth rates over the next 10 years to balance the budget through higher economic growth. That is highly unlikely.

Some economists argue that we can print money to fund our deficits, citing World War II mega-deficits to fund the massive war effort, agreed upon by a unified nation, but we can’t do that with a divided nation arguing over funding personal needs. Hopefully, these massive spending plans will be rejected by voters.