The aftermath of the European Parliament elections is still being evaluated, but a couple things are very clear. First, a vote for the European Parliament became a referendum on each country’s leaders and, by and large, existing leadership was dealt a stunning blow by populist movements. Second, the cloud of uncertainty over the European Union (EU) persists. Brexit is still on track for an October 31st exit, multiple countries are likely to violate the EU’s budget restrictions, and continued capital flight will cause U.S. Treasury yields to continue to fall. (I explained this concept in more detail in my latest podcast.)

There is no doubt that the populist movement led by the Brexit Party in Britain and the green movements in continental Europe are breaking up the ruling class in Italy and Spain and perhaps France and Germany as well. As a result, Marine Le Pen’s euro-skeptic National Rally party achieved the majority of votes in France and the Greens (Les Verts) scored an impressive third, so French President Emmanuel Macron (whose centrist party took second place) now faces a formidable political challenge from both sides, as well as the national “yellow-vest” protests. German Chancellor Angela Merkel’s Christian Democratic Union lost substantial seats to the Social Democratic Party and the Greens, so her successor is in doubt.

With the leadership of Britain, France, Germany, Italy, and Spain in chaos after recent elections, selecting a new leader of the European Commission to replace Jean-Claude Juncker will be next to impossible, since ruling coalitions are in disarray and new elections will likely be forthcoming. Furthermore, French President Macron and German Chancellor Merkel disagree on who should run the European Commission. 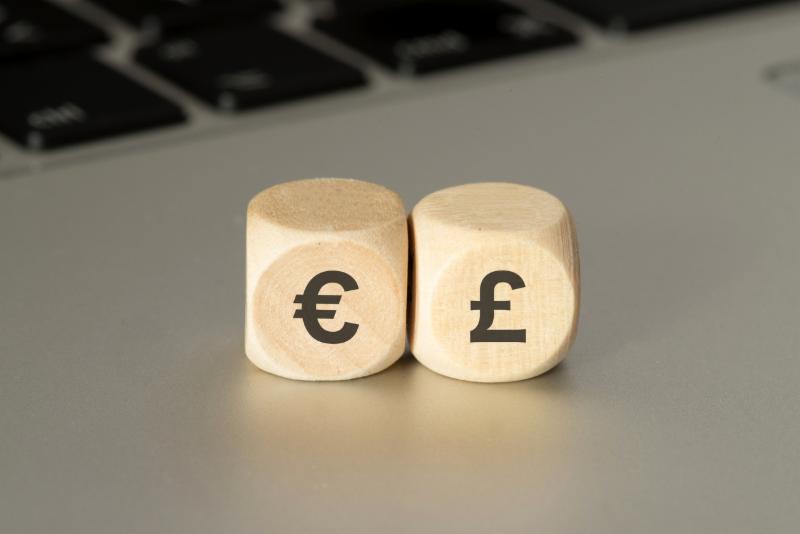 When you throw in Brexit in the upcoming months, the continued disintegration of the European Union looks inevitable. Naturally, this weakens the British pound and euro, so the U.S. dollar continues to strengthen as the preferred reserve currency. Furthermore, since interest rates in the EU are negative in many countries, capital flight continues to put downward pressure on Treasury yields.

As I discussed in last Wednesday’s podcast, my simple conclusion is that the U.S. is the clear winner as you look around the world. The U.S. has (1) the largest and strongest economy, (2) the strongest central bank, and (3) a strong, colorful leader who is a cheerleader for the U.S. economy. President Trump is now doing what China has been doing for years. He has effectively “weaponized” the U.S. economy and is expected to continue to prevail in the Chinese trade spat. The U.S. dollar is clearly the preferred reserve currency in the world. Since commodities are priced in U.S. dollars, deflationary pressure is expected to spread, as collapsing crude oil prices have been demonstrating in recent weeks. Furthermore, negative interest rates in Japan and continental Europe will continue to push U.S. Treasury yields lower.

I feel that it is now inevitable that the Fed will have to cut key interest rates as market rates continue to decline. The fact that the Treasury yield curve is inverted is just temporary, since the Fed does not want its Fed Funds rate to interfere with market rates. As a result, I now expect that the Fed will openly debate a key interest rate cut at its upcoming Federal Open Market Committee (FOMC) meetings.

GDP Up 3.1%, Consumer Confidence Sky-High, but Home Sales Down

The economic news last week was mixed, but net positive. The good news was that the Conference Board on Tuesday announced that its consumer confidence index surged to 134.1 in May, up from 129.2 in April and is now at the highest level in six months. Some of the consumer confidence components were even more impressive, such as the “present situation” index, which rose to an 18½ year high of 175.2 and the “future expectation” index, which rose to 106.6 in May (up from 102.7 in April). Naturally, high consumer confidence bodes well for continued strong retail sales and GDP growth in the quarter.

The Commerce Department reported on Thursday that first-quarter GDP was revised down slightly to a 3.1% annual pace (from the 3.2% previous estimated) due to slower-than-expected business investment, which grew 2.3%. Corporate profits declined 2.8% in the first quarter, which is the biggest decline since 2015, but profits have risen 3.1% in the past 12 months. This is the second quarter in a row that corporate profits have declined. The average company in the S&P 500 is now characterized by contracting operating margins, as most earnings are now growing slower than sales. The other drag on first-quarter GDP growth was durable goods orders, which declined 4.6%, the biggest decline in 10 years.

The bright spot in the first-quarter GDP was that exports rose 4.8%, while imports only increased by 2.5%, so the trade deficit was less of a drag on overall GDP growth. The Atlanta Fed is currently estimating second-quarter GDP growth at a 1.3% annual pace, but frequent revisions are common; so if retail sales remain strong, I expect at least 2% annual GDP growth in the second quarter. We could see a higher GDP if China commits to fair trade, but their GDP will fall sharply if they remain stubborn on their indefensible position of not respecting intellectual property rights through product piracy.

The bad news was that the National Association of Realtors on Thursday reported that pending home sales declined 1.5% in April, which was well below economists’ consensus estimate of a 0.5% decline. This marks the 16th straight month where pending home sales have declined on a trailing 12-month basis. Only the more affordable Midwest saw pending home sales rise 1.3%. Despite the fact that median home prices are moderating and mortgage rates are falling, the inventory of existing homes for sale remains tight. However, due to falling interest rates, existing home sales should improve in the upcoming months.