The past few days were an emotional roller-coaster for me. A good friend beat an 18-month battle with leukemia only to succumb to pneumonia weeks later. The next day, my family enjoyed a massive party for two of my sons after their bar mitzvah. We were filled with joy and pride. Naturally, the DJ played “We are Family,” the Sister Sledge hit from the 70s. Everyone knew the song, since it is often played at weddings and parties around the world, but it was initially turned down by Atlantic Records.

The song was composed by Bernard Edwards and Nile Rodgers, the guys who went on to found the group Chic, whose song “Good Times,” is one of the most copied pieces of music in history. The song’s bass line was the inspiration for Queen’s hit, “Another One Bites the Dust.” Edwards and Rodgers went on to produce tons of music for major stars in the 1980s, including Dianna Ross, ACDC, Rod Stewart, and more. Edwards died just after a performance in Tokyo with Rodgers. The cause was also pneumonia. 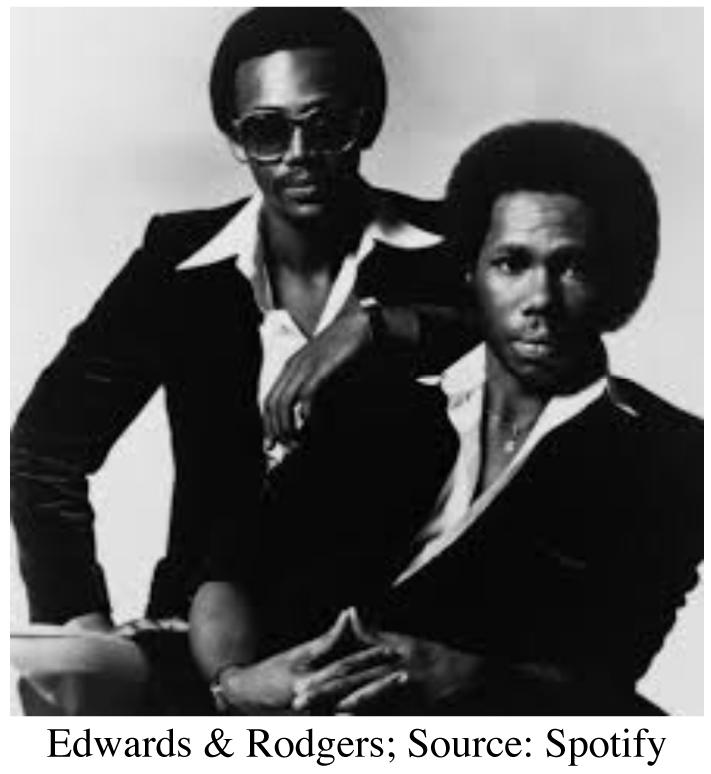 Life is amazing. Sometimes things just line up and come full circle. My weekend of joy, following a week of tough news, was summed up with one mega-successful 1979 hit. Personal trials and failures were echoed by the initial rejection of the song that captured the joy of my family celebration, which was also tainted by the same disease that got my friend in the end. A full-circle emotional journey in a short time.

When I heard that my friend passed last Thursday, the market was also having a bad day. Anxiety was sweeping the Street. Trade tensions made people nervous and popular long positions were unwinding. It was a cruddy day, but in the end, it gave me perspective. I suddenly didn’t care about ugly price action. The emotion of the moment wasn’t getting the better of me. I was able to focus on the important things – like happiness, humility, and thankfulness. I suddenly stopped fretting about the market, the news, and the volatility because I could relax in the security of one notion that we have at our research firm: “TAGU.”

TAGU stands for “They All Go Up,” meaning that all GREAT stocks (and many GOOD stocks), not all stocks, go UP. When we began our infatuation with great stocks, we watched some of them for years. We sifted them to find the best traits: solid fundamentals of strong growth, technical strength, and institutional support. One thing about great stocks became shockingly clear: THEY ALL GO UP (TAGU!)

Seriously, the best companies continue to be great. These are the outlier stocks. They weren’t brought down by the dot.com bubble bust in 2000, or 9/11 the next year, or recessions, or even the financial crisis. Sure, there was temporary price pressure as nervous investors fled, but eventually, they all went up!

What I am saying is this: Don’t freak out about the trade news. TAGU! Don’t worry about border walls, or politicking, or inflation. TAGU! The trick is knowing which handful of stocks out of the thousands have this resiliency. Stocks have gone up for 100 years, but only 4% of them account for 100% of the net gains (above Treasuries) during that time. (Source: “Do stocks outperform Treasuries” by Henrik Bessembinder.) If we own TAGU stocks, we can stop worrying, turn off the noise, and focus on data. 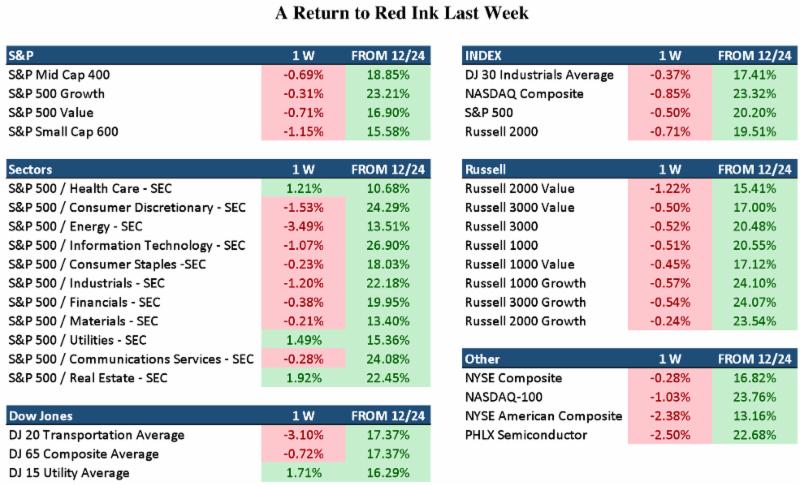 Energy was the laggard last week, down 3.5%. WTI crude oil fell -6.6% for the week. Transports were down as well. Recent selling was focused in sectors or groups but last week saw gentle selling across all groups and market caps. Focused pain points were energy and Semis. While semiconductors were the top performing sub-sector since New Year’s, the PHLX semis index fell another -2.5% last week. China trade chatter caused traders to target semiconductor stocks. Wall Street shoots first and asks questions later. I believe this profit taking will give way to some near-term pessimism. But semis are the place to be long-term. So have your TAGU shopping list ready – some great deals are out there!

I believe we are in a phase of profit taking. After a major run up, the latest trade news was a perfect chance for traders to take some chips off the table. Sales and earnings for Q1 were strong, and this looks just like a mini-replay of the last two times we saw a market reaction to trade war tactics.

One thing is clear: The market doesn’t like it. But don’t worry, because …. TAGU.

Listen to Nile and Bernard of Chic: