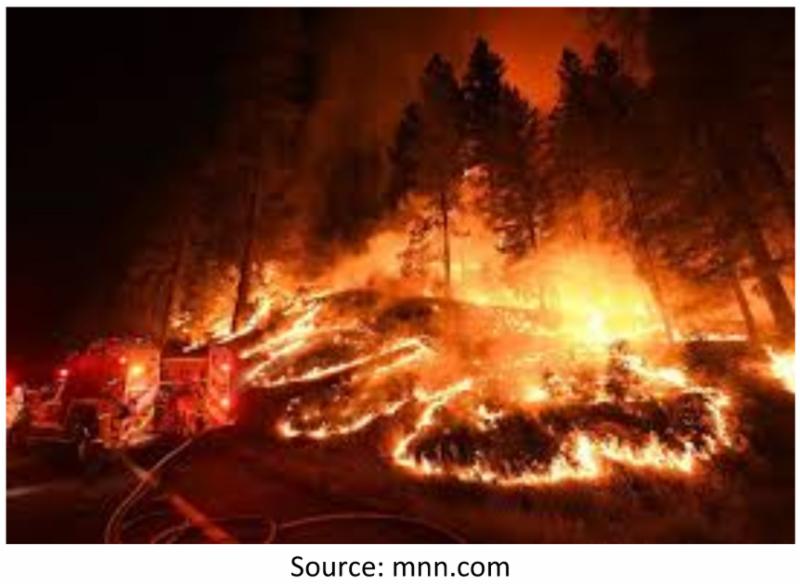 Still, wildfires are destructive and life-threatening. Just look at the California’s 2018 wildfires that killed 86 people and levelled 18,000 structures. To prevent wildfires, there are “controlled burns,” which torch the dry brush so that it doesn’t build up waiting for a lightning strike to start the next CNN headline cycle.

On a smaller scale, goats are apparently quite helpful at preventing wildfires. It must be true – it’s on the Internet. If you want to rent some goats, why not head on over to rentagoat.com for all your goaty needs? 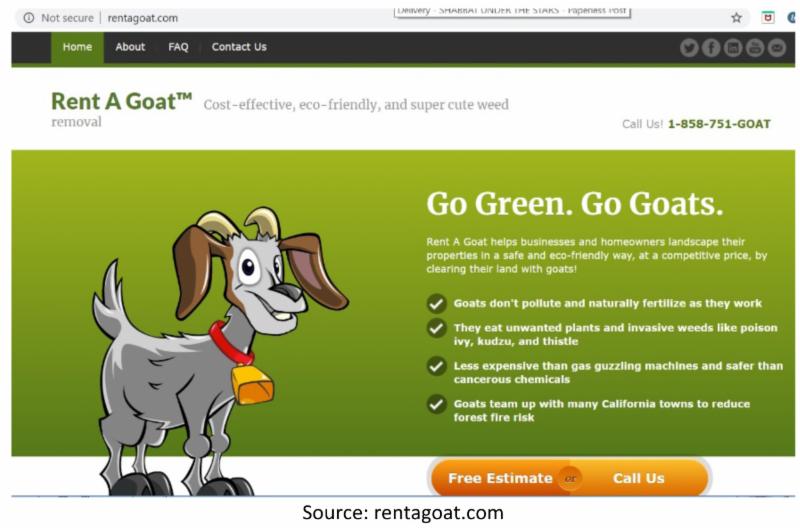 The truth is that occasional turbulence is good and healthy for the market, like normal forest fires are good for the forest. Corrections deflate our false senses of security, so maybe a “controlled burn” is in order, from time-to-time. I’m not saying it was the President’s intent, but I find it an odd coincidence that Trump tweeted about China trade right after the market hit new highs. Maybe it was a “controlled tweet”!

The latest market volatility came unexpectedly fast and hard. On Friday, May 3rd, the S&P 500 closed just off its all-time highs made on Tuesday, April 30th. The next Sunday, Trump’s tweet kicked up a dust devil that rocked stocks the following week. But investors just bought on the dip again. Each day from May 6th to May 10th, the market started dropping but closed off its lows, meaning investors bought on the dips.

That’s a sign of underlying market strength during weakness. Sometimes you have to turn off the negative news when you see red-hot price action, but always remember the news media thrives on fear. They love stuff like trade wars, Middle East skirmishes and political unrest. It gets clicks and attracts advertisers.

With the trade war rhetoric brewing again, I find it interesting to note that for the last year, after the original 10% tariff on Chinese goods, prices did not rise – they actually fell, according to some economists. This is because China just devalued their currency while the U.S. dollar strengthened. That effectively offset the tariff. Now that tariffs have increased, it will be interesting to see what happens.

The Latest Selling is Focused on Specific Sub-Sectors

To me, this simply means that after a huge run-up, an excuse to take profits should be expected. 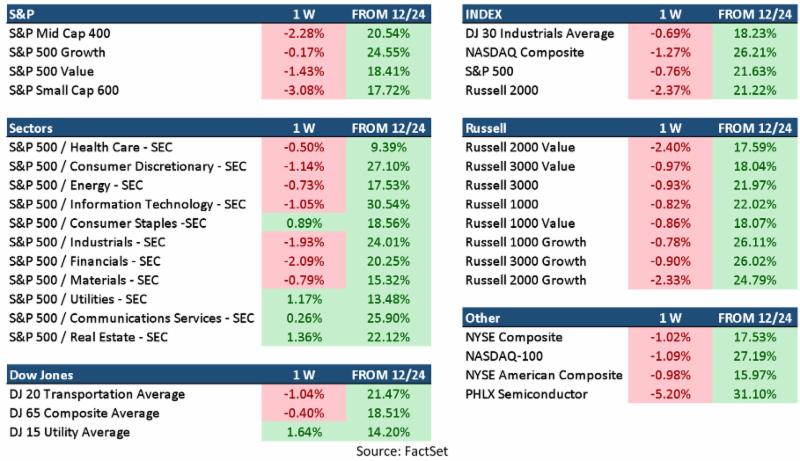 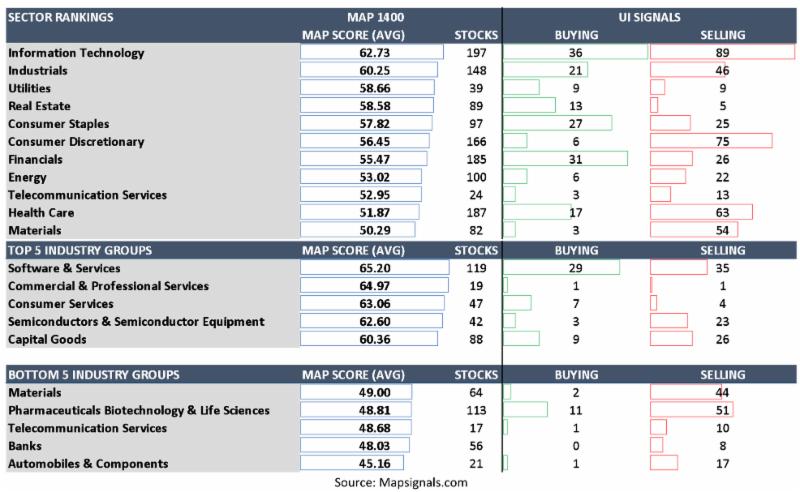 Monday’s selloff was unsettling, but once stock prices fall, the market usually rebounds. The S&P 500 dividend yield is around 2%, while 10-year Treasuries yield 2.4%, but what’s more important is the way each are taxed. Dividends are taxed at 23.8%, as long-term capital gains, while bond income is taxed as ordinary income at a maximum federal rate of 40.8%. That means wealthy investors are better off owning stocks than bonds. This table shows how you end up with 7% more money owning stocks at 2% yields.

Another reason not to worry is that bad market Mondays are usually good for forward returns. Bespoke Investment Group said that since this bull market started in March 2009 there were 15 Mondays where the SPY (S&P 500 ETF) fell 2+%. In 12 of those 15 times, the SPY was higher the next day, up by an average 1.01%. A week later, the SPY was up 14 of 15 times – with an average gain of +3.2%.

Our own historical data said something strikingly similar. Remember, the MAP Ratio tracks big buying versus big selling by institutions. The higher the ratio, the more buying. The lower the ratio, the more selling. Since 2012, we saw 12 “overbought” periods (a MAP ratio of 80+%) which subsequently fell below 60%. To go from 80% (heavily overbought) to 60% requires some decent selling, like now.

Below is a table of those 12 events. The “Retreat from High” shows how far the SPY fell from its closing peak. Now, look at the 1-to-6 week returns after the ratio fell to 60%: The returns are very strong. 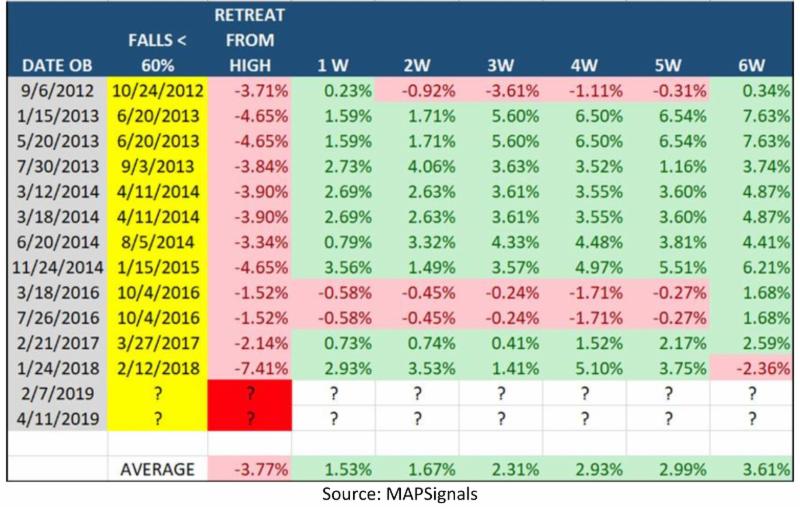 The good news from this analysis is that the MAP ratio just fell below 60% on Friday, May 17.

Fundamentally, U.S. companies are still very strong. According to FactSet, for Q1 2019

To me, this means “buy the dips.” Search for great stocks to own and then buy them when they go on sale. Great stocks bounce higher and faster than regular stocks – while the duds thud.

The media needs to make money! Use that information to literally “buy into the fear.” Like Ram Charan said: “Drama starts where logic ends.” Logic says the U.S. is the best place to be. We have the strongest economy and the best companies for growing sales and earnings. 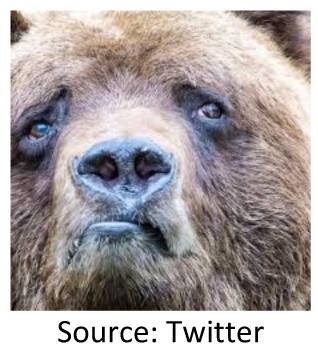 Owning stocks is more attractive than owning bonds. Don’t let the bears bring you down.